Earlier, speaking to reporters BJP leader Sudhir Mungantiwar had said, "A delegation led by party state president Chandrakant Patil will meet Governor in the morning. Today`s meeting was to discuss several things including implementation of relief packages for farmers, the party`s expansion and possibilities of the new party-state President." 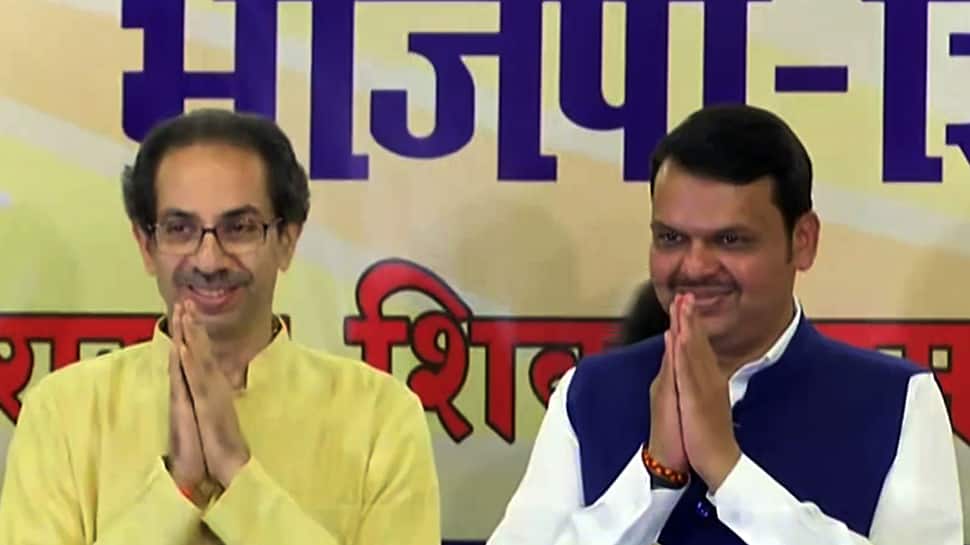 Even as the stalemate over government formation in Maharashtra continues, a delegation of BJP leaders is scheduled to meet Governor Bhagat Singh Koshyari on Thursday. The delegation will meet the governor at 10.30 am. However, according to sources, the BJP will not stake claim to form a government in Maharashtra without a majority. Incumbent Chief Minister Devendra Fadnavis is not a part of the delegation despite being elected as BJP Legislative Party leader in Maharashtra.

Shiv Sena has insisted on a coalition government under the 50:50 formula, an agreement they claim was made between the two parties before the 2019 Lok Sabha election.

Earlier, speaking to reporters BJP leader Sudhir Mungantiwar had said, "A delegation led by party state president Chandrakant Patil will meet Governor in the morning. Today`s meeting was to discuss several things including implementation of relief packages for farmers, the party`s expansion and possibilities of the new party-state President. We had a good meeting over the farmer's issue today. We should wait for the news, the good news can come anytime." "You cannot separate water, no matter how much you try to. Shiv Sena and BJP are together," he added.

The BJP claims to have 121 MLAs including Independents and small parties on its side. But this number is much less than the 145-mark, the majority number in Maharashtra Assembly. Therefore, the party has decided not to stake claim to form a government. On the other hand, if no government is formed by November 8 and the governor calls the BJP as the largest party, then, in that case, the state leadership will decide only after consulting the top leaders if they should go ahead or not. November 8 is the last date for the formation of government in Maharashtra.

Shiv Sena ministers had attended a meeting chaired by Devendra Fadnavis for the planning regarding farmers` distress relief. After Assembly polls, it was for the first time that Shiv Sena ministers were seen with Devendra Fadnavis. "We attended this meeting because it was regarding the farmers` issue and any decisions for government formation will be taken by party chief Uddhav Thackeray at the right time," Shiv Sena Minister Ramdas Kadam said after the meeting.

Will not contest on less than 42 seats, willing to hold talks with Babulal Marandi: JMM leader Hement Soren