According to trends, the BJP is leading on 27 and the Congress-JMM-RJD alliance is ahead in 43 seats. The AJSU and the JVM are leading on three and four seats respectively. 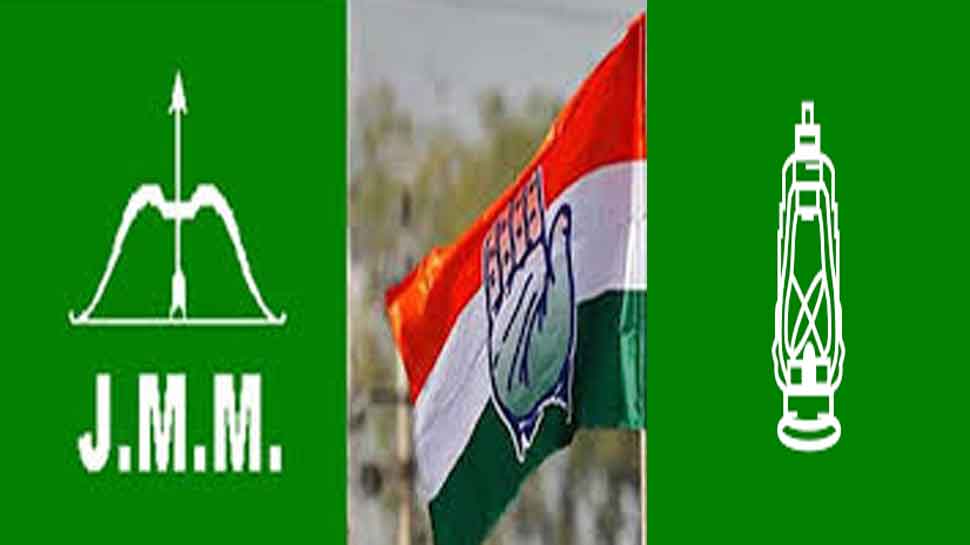 Ranchi: The grand alliance of the JMM-Cong-RJD has managed to take early lead over the BJP in Jharkhand Assembly elections as per the early trends and is likely to form the next government in the mineral-rich state.

According to trends, the BJP is leading on 27 and the Congress-JMM-RJD alliance is ahead in 43 seats. The AJSU and the JVM are leading on three and four seats respectively.

If the trends become reality, the JMM-Cong-RJD alliance is most likely to stake claim for the government.

At the Congress headquarters in Delhi, the victory celebration has already begun with distribution of sweets.

Meanwhile, JVM-P president Babulal Marandi said that no party is untouchable for him.

"In politics no party is untouchable," said Maarandi to reporters here on Monday as the trends show clear lead to the alliance.

Asked about supporting Congress or BJP in the govt formation, Marandi said, "let the final results come out. The mandate of people should be accepted."

Marandi, however, reiterated his stand to fight the anti-defection to logical conclusion. In 2014, BJP had defected six JVM-P legislators to get majority.

The counting of votes began at 8 a.m. in all the 24 district headquarters. The results are expected to be out by afternoon.

The maximum rounds of counting will take place at Chatra with 28 rounds and the lowest will be two rounds in Chandankiyari and Taropa assembly seats.

In 2014, the BJP and AJSU alliance fetched 42 seats, but Sudesh Mahto, who led the AJSU in the polls, decided to jump into the Jharkhand battleground alone, without his old ally.