The trends at 11:45 PM shows that the BJP is leading on 29 seats, while the Congress-Jharkhand Mukti Morcha-Rashtriya Janata Dal alliance is ahead in 40 seats. BJP's estranged ally All Jharkhand Students Union is leading on four seats and Jharkhand Vikas Moracha of Babulal Marandi has grabbed lead on four seats. 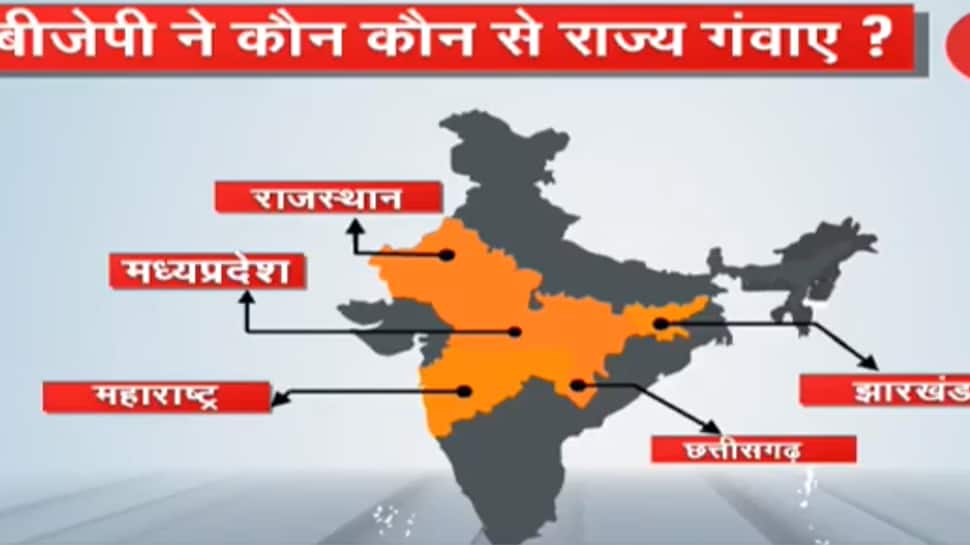 The trends in Jharkhand election are sending a clear message that the Bharatiya Janata Party (BJP) is on course to lose yet another state after facing defeat in four important states since December 2018.

Though this is just trends, but if it holds, Jharkhand will be added to the list of Maharashtra, Chhattisgarh, Rajasthan, Madhya Pradesh - where BJP failed to counter a resurgent opposition in past 12 months.

While the BJP failed to form government in Maharashtra despite finishing as the single largest party, it somehow managed to remain in power after joining hands with Dushyant Chautala-led JJP.

In Rajasthan, Chhattisgarh and Madhya Pradesh, there was a direct fight between BJP and the Congress and it was surprising that the Congress succeeded in defeating BJP on its own in all these key states. Though the BJP won handsomely in Lok Sabha election in May in these states, the defeat in state elections show that the party is lacking leaders at state level and the charisma of Prime Minister Narendra Modi is not enough to help the party sail through in state election.

The likely defeat of the BJP in Jharkhand shows that the party's decision to appoint a non-tribal as the chief minister of state, which is dominated by tribal population, has backfired. The BJP's move to part ways with AJSU has proved disastrous for the party as the split helped the Congress-JMM-RJD to consolidate further in the state. The BJP's over-reliance on national issues like Article 370, nationalism and Citizenship Amendment Act failed to cut ice with the voters as they showed more interest in voting for JMM-Congress-RJD alliance which talked more about local issues throughout the election campaign.