India will have a strong presence in the 2017 Glasgow World Championships, which starts on August 21. 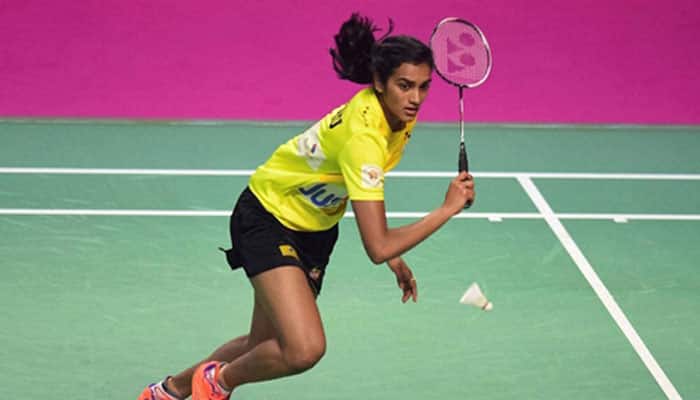 Olympics silver medallist PV Sindhu has 76946 points, while London Games bronze winner Saina Nehwal has 46900 points to be at 16th in the women's singles ranking.

In the men's singles ranking, Kidambi is at 8th with 58583 points. Compatriot HS Prannoy, who clinched the US Open title last month, jumped two places to reach the 15th spot. He has 47295 points.

Sourabh Verma jumped five places to reach the 32nd spot while Parupalli Kashyap jumped one place to be at 46th.

Ajay Jayaram and Sameer Verma dropped a spot each to be placed world no 17 and 29 respectively. But B Sai Praneeth remained at 19th.

In mixed doubles, Pranaav Jerry Chopra and Sikki are steady at world no 20.

India will have a strong presence in the 2017 Glasgow World Championships, which starts on August 21.

Both Sindhu and Nehwal have got first round byes.

Two-time bronze medallist Sindhu will open her campaign against either Korea's Kim Hyo Min or Egypt's Hadia Hosny in the second round and is likely to meet China's Sun Yu for a place at the quarterfinals.

2015 World Championship silver medallist Saina will take on the winner of the match between Switzerland's Sabrina Jaquet and Ukraine's Natalya Voytsekh and is expected to clash with Korean second seed Sung Ji Hyun for a place in the pre- quarterfinals.

Kidambi, who clinched two successive titles at Indonesia and Australia and reached the finals at Singapore Open, will open his campaign against Russia's Sergey Sirant.