Nationals will help in preparation for All England Championship: B Sai Praneeth

With Prannoy and Srikanth withdrawing due to fitness issues, former champion Praneeth will be one of the favourites to lift the trophy at the 83rd Senior Nationals. 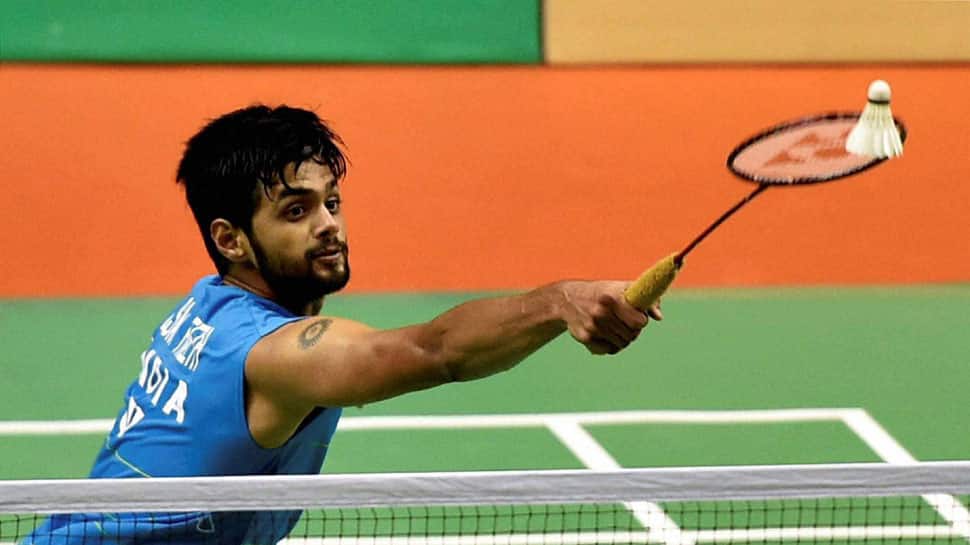 A crammed BWF calendar affecting his fitness last season, Indian shuttler B Sai Praneeth has said that he would pick his tournaments carefully in the Olympic qualification year and is eyeing a national title to prepare for the All England Championship next month.

With defending champion HS Prannoy and finalist Kidambi Srikanth withdrawing due to fitness issues, former champion Praneeth will be one of the favourites to lift the trophy at the 83rd Senior Nationals, which got underway with the qualifiers on Tuesday.

"Last season, I struggled with my fitness and confidence because there were too many tournaments. So I couldn't maintain fitness. From June to December, I played continuously, so it was all about fitness. I am fine now and fortunately no injuries," Praneeth told PTI.

"I am looking forward to All England next month and Nationals will be good match practice to prepare. It will help my confidence ahead of the international events. You have to beat all the top Indian players to win it and it is not easy because everyone is playing well," said Praneeth, who will also play the Swiss Open this year.

The Olympic qualification period will be between April 29, 2019 to April 26, 2020 and the BWF rankings published on April 30, 2020 will decide who makes the cut for the Tokyo Games.

Praneeth, who is currently ranked 26th, said he will need a bit of luck and a series of consistent performances to earn him a ticket to the Olympics.

"It is an Olympic qualification year, so scheduling of the tournaments will be important. I can afford not to play a few events. We will need a bit of luck and good performance. I have to play quarters and semis consistently, but that won't be easy, so you also need a favourable draw sometimes," he said.

"In Indonesia I got Chen Long in first round, so when the seeds lose early, it opens up the draw," Praneeth added.

Badminton Association of India (BAI) has recently appointed two Korean coaches, Kim Ji Hyun and Park Tae Sang, to work with the players ahead of the Olympics.

The 26-year-old from Hyderabad, who clinched the Singapore Open in 2017, said he is early waiting to work with the foreign coaches who will be joining the Indian badminton set-up next month.

"They are experienced coaches, who have been associated with the national team last year. So it will help us because Indians have always struggled with fitness," he said.

"Even Mulyo (Handoyo) had mostly focused on fitness and it suited us, helped us to perform. Every foreign coach brings a different method, so lets see what they make us do," Praneeth added.

Under Mulyo, who was roped in by the Sports Authority of India in 2017, Indian shuttlers had a breakthrough year with Srikanth winning as many as four titles out of five finals and Praneeth winning his maiden Singapore Open Super Series title and PV Sindhu claiming two super series titles.

The Indonesian coach left at the end of that season.

Asked if Mulyo's departure was one of the reasons behind Indians not winning a lot of titles, Praneeth said, "I know some people believe so, but he left at the right time and we would never know what would have been his contribution or our performance in his presence in such a hectic schedule."

Praneeth won six of the eight matches he played for the eventual champion, Bengaluru Raptors, in the fourth edition of Premier Badminton League (PBL) and he says it boosted his confidence ahead of the international season.

"I had 90 percent winning rate at the PBL, so it was awesome. It boosted my confidence. This time it was more satisfying as I won most matches and pulled off crucial ties for my team," he signed off.