The injured have been rushed to nearby hospitals and the seriously wounded patients have been referred to Muzaffarpur and Patna. 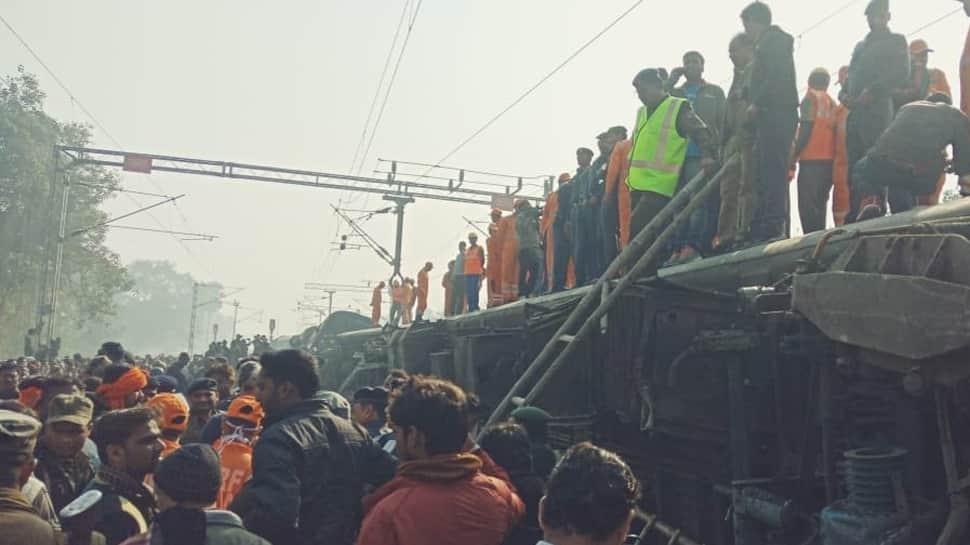 SONPUR: There was chaos and confusion at the site where Seemanchal Express derailed in Bihar killing seven people on Sunday after the crowd started pelting stones at the rescue teams. The scuffle broke out after the administration was trying to remove the huge gathering of people at the spot. Unwilling to leave the accident site, the crowd starting hitting the rescue teams. Some people have reportedly been seriously injured in the stone pelting.

Witnesses have been claiming that when the train reached Katihar, a hook joining two coaches was found to be broken. They alleged that the officials used 'jugaad' to join the two coaches which created a vacuum and was one of the reasons for the mishap.

However, the Railways denied any such lapse adding that thorough investigation will be done to ascertain the cause of the accident. Many officials at the DRM office are reportedly missing from the picture after the accident. Railways added that prima facie, the derailment was caused by a rail fracture.

The death toll in the accident has risen to seven while at least 24 others have been injured after a rail fracture caused 11 bogies of the Delhi-bound Seemanchal Express to jump the tracks. The accident took place in Bihar's Vaishali district at around 3:58 on Sunday morning. The 12487 Jogbani-Anand Vihar Seemanchal Express originated from Jogbani in Kishanganj district.

One general coach, one AC coach B3, three sleeper coaches - S8, S9, S10 and six more coaches of the train have derailed.

The injured have been rushed to nearby hospitals and the seriously wounded patients have been referred to Muzaffarpur and Patna. Teams of doctors have also rushed from Sonepur and Barauni to the accident site.

The office of Railway Minister Piyush Goyal has announced Rs 5 lakh ex gratia each to kin of those killed, Rs 1 lakh each to the grievously injured people and Rs 50,000 each to those who received simple injuries.

Bihar Chief Minister Nitish Kumar expressed condolence over the deaths adding: "The district magistrate and the superintendent of police have rushed to the spot and are overseeing the relief work in coordination with the Railways."