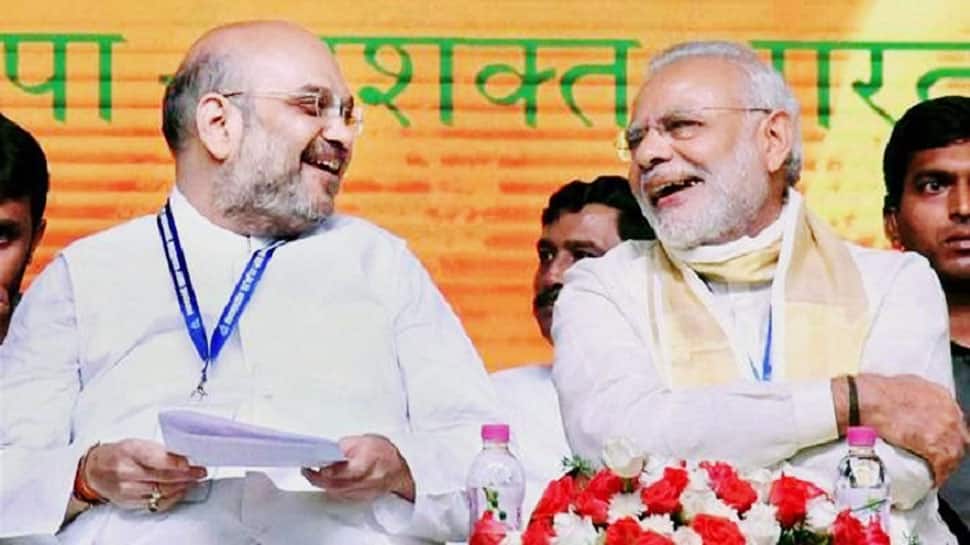 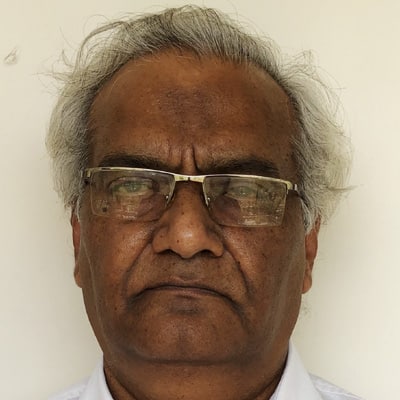 Ramakant Tiwari is a former institutional marketing and corporate affairs executive, who is now an author. His first book, 'Srimad Bhagvadgita as Swadharmayoga Upanisad', was published in 2015. He is also a practicing Reiki master. He is presently the co-convenor of the Delhi BJP's Intellectual Cell.

The 2019 Lok Sabha election results are out. The incumbent government, led by Prime Minister Narendra Modi, has trounced a motley group of splintered Opposition or whatever in the name of Opposition. The entire nation rose to vote for development and prosperity alone in unison. I behold mainly two pillars of the grand victory on a solid foundation laid down by Dr KB Hedgewar.

I must first address the issue as to why I address Dr Hedgewar as the greatest visionary of 20th century. The concept of Hindu unity never existed anywhere in the country, anywhere in Sanatana scriptures or in intellectualism of any variety anytime in past to the best of my knowledge. Hindus continued to be traumatised for centuries first by invaders then by our own people influenced by variety of ideologies smuggled into the country by invaders.

As a young Congressman, Dr Hedgewar was deeply disturbed to observe that nobody, absolutely nobody had even an inkling of inclination to worry about the security of Hindus while they all rushed whenever non-Hindus were in slightest of trouble. He had lot of hopes from Congress in this regard which were dashed soon, and Dr Hedgewar walked out of the Congress in disgust. He resolved to constitute an organisation to address the issue in terms of human resource development, to raise a well-knit, well-organised vibrant community of Hindus imbued with Sanatana values and nationalism bang at the grass-root level.

The RSS was founded in 1925 though it took almost 80 years to attain critical mass and a mighty voice to reckon with. Meanwhile Congress continued with their anti-Hindu / anti-national policies behind the subterfuge of secularism / unity in diversity / inclusivity concurrently plundering national wealth and stashing that abroad.

Owing to human awakening activities of RSS, masses all over the nation started realising how were they being hoodwinked and fleeced hitherto on all fronts and they must gear up to reverse their destiny.

This realisation is best exemplified by Smriti Irani who unravelled the utter lack of development in VIP constituencies like Amethi, lorded over by Nehru-Gandhi-Vadra Dynasty for decades. The exposure turned out to be so pathetic that it stunned the nation. Suddenly, the expose assumed national dimensions and people in the country realised, entire country was shabbily treated like Amethi / Rae Bareli for seven decades, post-1947. Serial exposes climaxed by Smriti Irani in Amethi constitute one of the two important pillars of the historic mandate.

When Narendra Modi appeared on nation's political horizon as Chief Minister of Gujarat and details of his outstanding performance began diffusing around, people started yearning for replication of all that at national level. Overcoming all odds and entry-barriers raised by the malevolent contriving Opposition, he gathered absolute majority in Lok Sabha in the 2014 elections, after a gap of three decades. With the absolute majority so attained in Parliament, Narendra Modi went on a massive spree of development schemes to deliver social equity right in hands and palms of those who deserved it in every nook and corner of the nation irrespective of distance from New Delhi, entirely devoid of middlemen.

In fact, he had transcended the 'Khan Market Gang' and the 'Lutyens Looters' right when he was Gujarat Chief Minister itself. The Opposition consistently believed the 2014 mandate was a fluke and persisted raising high octane hue and cry on flimsy issues in the fond hope of voters pressing Congress button in EVMs, unable to see the right button thick in dust kicked up like the 2004 Lok Sabha elections. They failed to read between lines of PM Modi's statements, "65% population of the country is below 35 years of age", insinuating at the urgency of paradigm shift in national perspectives required. The Opposition refused to heed to it, persisted with the adherence to the same old 'Garibi Hatao' mindset and landed with disastrous electoral defeat.

Unfortunately for them, the 2019 mandate turned out to be so decisive that they are now stunned and shaken to the core, worried about their existence. It is this, thunderous nature of mandate that established beyond an iota of doubt, social equity was indeed delivered in right palms, crores of citizens started dreaming of prosperity, development as the sole objective of politics and politics with impeccable integrity is indeed, possible and attainable.

With those historic developments in the background, the massive mandate of the 2019 Lok Sabha election was certainly inevitable. When social equity and development are genuinely assured, vices like Naxalism / Marxism / anti-nationalism gradually fade away into oblivion. This election is not only a harbinger of prosperity for all but also evolutionary transition into a new Bharat altogether, whose forehead is smeared with sandalwood while head raised high in self-esteem, a redefined nation that blends Vedic wisdom with robotics, ancient art and culture with newer horizons, every citizen as an embodiment of a composite nation, justice for all and appeasement for none.

For the Opposition, they do not appear to be talented enough to evolve, loaded with a very heavy baggage of evil deeds. The nation now requires a sparkling bright brand new Opposition, possibly genuinely centrist in ideological disposition endowed with impeccable nationalism and unimpeachable integrity. That will be a watershed development in Bharatiya politics.

This mandate has already determined course of events for the nation for next five decades or so.