Why India's ancient Rigveda remains one of humanity's most important books

As perhaps humanity's oldest book, the Rigveda remains one of its most mysterious. 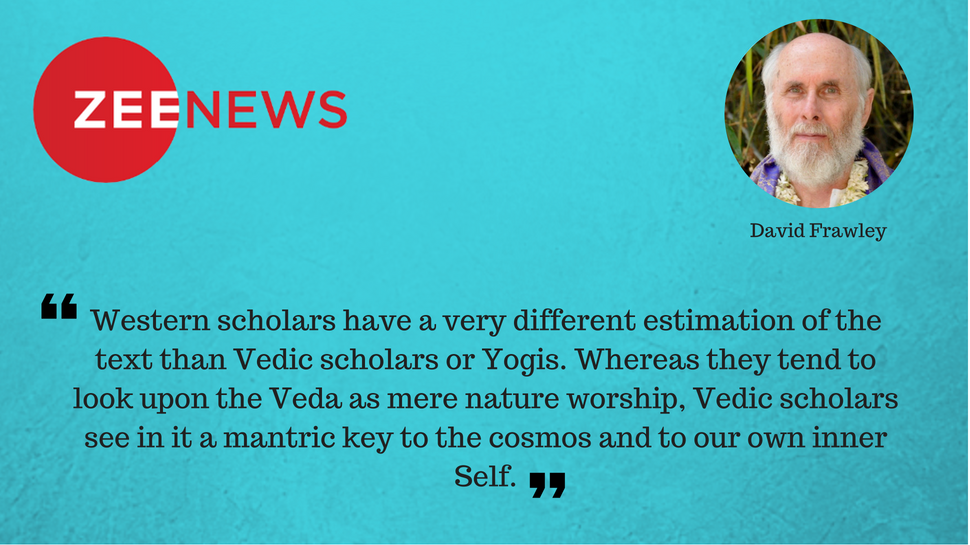 The Rigveda is the oldest of India's ancient Vedic texts, extending back by traditional estimates to 3000 BCE or earlier.

Today in the twenty-first century, the Rigveda remains one of the most important books for all humanity, providing not only glimpses of the origins of civilization but a cosmic vision that transcends all time.

The Rigveda is the oldest surviving text from the ancient world, which best preserves the voice and message of our ancient ancestors and spiritual guides. As such, it forms a unique living link with our ancient origins.

The Rigveda is a massive and diverse teaching, containing over one thousand hymns and ten thousand verses. It holds the mantras of dozens of great seers or rishis, famous throughout the history of India. These include such renowned figures as Vasishtha, Agastya, Vishvamitra, Atri, Atharva, Bhrigu, Angiras and many more.

Ancient sages and seers, often seven in number, are lauded throughout the world for their wisdom and influence on civilization. If we wish to hear their message in their own language, we must listen to the chants of the Rigveda.

Yet, the Rigveda is also a book of kings, mentioning numerous great kings like Sudas, Divodasa, Bharata, Mandhata, Trasadasyu and Kuru, including some lauded as Chakravartins, emperors of India from sea to sea. Indeed, for such a large collection to survive over the centuries required the patronage of enduring dynasties.

The living Vedic tradition
Yet most significant is the fact that the Rigveda is still chanted today and has been continually since its compilation thousands of years ago. This claim cannot be made for any other book in the world.

The Rigveda has been preserved in its original pronunciation by a strict set of rules, annotations and styles of chanting. It exists along with several traditional methods of interpretation that provide inner keys to its meanings, which are hidden to the ordinary mind.

The Rigveda is a mantric text, meaning it is poetic, symbolic and imagistic and has several levels of meaning, not easy to grasp by the outward looking modern intellect. The Sun is the visible face of the Divinity, the Atman or the inner Self of the entire universe. Agni is not just a material fire but is the very light of consciousness within us. Soma is not just a plant but the Divine Bliss or Ananda. Vayu is not just the wind but the comic energy in all its forms. The Vedic ritual or yajna is not just an outer fire ritual but inner offering of speech, prana and mind into the Divine flame within us.

Approaching the Rigveda today
There has been extensive research, study and translations relative to the Rigveda since the colonial era that began to examine the text anew. Yet it would be wrong to say that the essence of the Rigveda has been understood or even agreed upon. Western scholars have a very different estimation of the text than Vedic scholars or Yogis. Whereas they tend to look upon the Veda as mere nature worship, Vedic scholars see in it a mantric key to the cosmos and to our own inner Self.

Several great gurus of modern India have emphasized the Rigveda and its continued relevance. These include such towering figures as Swami Dayananda Sarasvati of the Arya Samaj, Sri Aurobindo, Kavyakantha Ganapati Muni, Sri Anirvan and Swami Veda Bharati, whose disciples have expanded their Vedic interpretations.

So how does one approach the Rigveda today many thousands of years later in a very different civilization? Vedic texts say that the mantra OM is the essence of the Vedas and we can understand the Vedas through chanting and meditating upon OM alone, connecting us to the power of cosmic sound.

Several Rigvedic verses remain commonly chanted in Hindu and yogic circles today. These include the famous Gayatri Mantra of Vishvamitra, which is the prime mantra of the Hindus used for agnihotra or daily fire offerings. Another is the Mrityunjaya Mantra to Shiva of Rishi Vasishtha that is one of the key chants for the worship of Lord Shiva.

A few complete hymns like the Purusha Sukta, Nasadiya Sukta (creation hymn) or Vak Sukta (to the Goddess of Speech) are still widely studied. Many Vedic verses occur in in later Vedic texts. For example, Rishi Vamadeva's statement "I was Manu and the Sun", is quoted in the Brihadaranyaka Upanishad relative to the great statement (Mahavakya) Aham Brahmasmi, or "I am Brahman".

Therefore, one must ask, if these few mantras of the Rigveda can be so transformative, what about the rest of its ten thousand verses, which are cast in a similar language and cadence and reflect the same depths of meaning?

As perhaps humanity's oldest book, the Rigveda remains one of its most mysterious. It requires much more research to uncover its wisdom and its power, which means an honoring of the ancient rishis through whom it was expressed.

A new examination of the Rigveda is one of the most important intellectual and spiritual endeavors today, necessary for humanity to discover its true spiritual origins and destiny.

(Dr David Frawley, or Pandit Vamadeva Shastri, is a Western-born Vedacharya, who teaches an integral approach to Yoga, Vedanta, Ayurveda and Vedic studies. He is the author of 50 books published in 20 languages, and is a recipient of the Padma Bhushan from the Government of India. He is the director of the American Institute of Vedic Studies.)