SRK's son Aryan Khan is also making his debut into the movie as he is voicing the Hindi part for Simba. 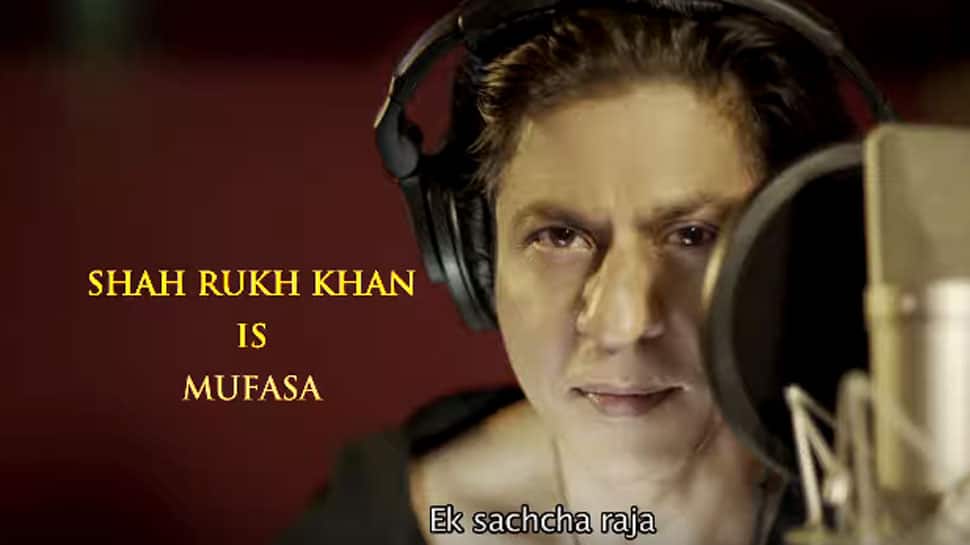 New Delhi: Superstar Shah Rukh Khan will be seen voicing the Mufasa in the Hindi dubbed version of Disney's 'The Lion King'. The actor in the Hindi trailer of the movie mouths some impressive dialogues that will stay with the audience for a long time.

SRK's son Aryan Khan is also making his debut into the movie as he is voicing the Hindi part for Simba.

The movie will hit the screens on July 19, 2019. The film will release in English, Hindi, Telugu and Tamil languages respectively.

Simba is Mufasa's son and it will be interesting to see the real-life father-son duo of Shah Rukh and Aryan voice the reel father-don jodi on-screen.

On the work front, SRK has not signed any project after Aanand L Rai's 'Zero'. The actor is yet to take a call on his next assignments.