Australia have been mostly brilliant through the league stage of ICC Cricket World Cup 2019, barring two defeats, to earn a place in the semis against England. 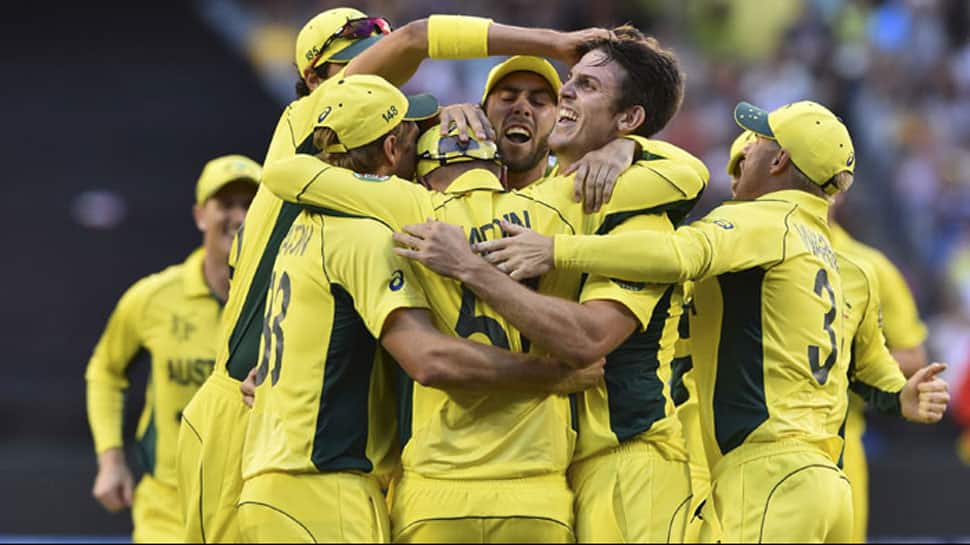 Australia is the most successful team when it comes to the 50-over World Cup, having won the coveted title five times. Aaron Finch's team is now hoping to earn a chance to get yet another shot at the title and take on England in the second semi-final of ICC Cricket World Cup 2019. The winner will face off against New Zealand in the summit clash after the Kiwis downed India in the first semi-final.

Australia started the tournament as one of the favourites to win the title and have managed to keep the momentum up through most parts of the league stage. The team, in fact, would have topped the table but a loss against South Africa in the final match before semis pushed Aussies to the No. 2 spot. That defeat was only one of two defeats in nine matches for the team that boasts of a solid bowling lineup and a feared batting prowess.

The road to semis:

The ability of the batsmen and the bowlers in the Australian unit was in full display in the first match against Afghanistan. The minnows were outplayed and outclassed, and were restricted to just 207 in the day and night encounter. Pat Cummins' pace and Adam Zampa's wily spin earned both bowlers three wickets apiece.

Finch provided the Aussies with the perfect start along with David Warner. The captain scored 66 while Warner's unbeaten 89 helped the side wrap up the match inside 35 overs.

For all the might in the Australian side, the West Indies gave an outright scare when they came tantalisingly close to what could well have been categorised as an upset.

Batting first, Aussies lost the top-three batsman inside seven overs. Finch and Warner had single-digit scores. Even the likes of explosive Glenn Maxwell failed to fire. It was Steve Smith who anchored the innings and helped himself to 73 runs. Nathan Coulter Nile - known more for his bowling, showed just what he can do with the bat and struck a 60-ball 92 to help his side post a respectable total of 288.

West Indies' reply did not get off to a good start either with opener Evin Lewis surrendering in just the second over. Chris Gayle followed four overs later. It was Shai Hope who, along with captain Jason Holder, hit a half-century to keep the chase alive. Just when it looked like the team would cross the finish line, Mitchell Starc produced beauties galore to claim three pivotal wickets and help the Aussies claim two full points.

Australia's biggest blemish in the tournament was possibly against a dominant Indian unit.

Indian batsmen, led by opener Shikhar Dhawan, brought about a run-fest that would leave the ball in absolute tatters. Dhawan slammed a thunderous 109-ball 117 and Rohit Sharma too helped himself to 57 runs. The openers together out on 127 for the first wicket. A quickfire 77-ball 82 from Virat Kohli and a 27-ball 48 blitzkrieg from Hardik Pandya took India to 352/5. While Stoinis claimed two wickets, the bowling card would be something Aussies would have wanted to forget.

In reply, Australian openers Finch and Warner were cautious and provided a solid foundation to the side. Finch struck a fifty while Smith at one-down slapped 69 off 70. Usman Khawaja too scored a brisk 39-ball 42. The team needed someone to last the distance but despite an unbeaten 55 from Alex Carey, the target proved to be just too big to be brought down. Indian pacers Jasprit Bumrah and Bhuvneshwar Kumar claimed three wickets, as did spinner Yuzvendra Chahal to bowl out Aussies on 316.

Aussies hit back hard and got back to winning ways in the match against Pakistan. Led by a splendid century from Warner and 82 from Finch, the Australians managed to put on a commanding batting display. The target set for the Pakistanis was 308 and it could have been even more had the Aussies not been bowled out with an over still left to play. This was mostly courtesy Mohammed Amir who picked a fifer.

Pakistan's chase had moments of brilliance but lacked the stamina to take the team to a win. Opener Imam-ul-Haq hit a patient 75-ba;; 53 after losing fellow opener Fakhar Zaman in just the third over. Babar Azam, Mohammad Hafeez and skipper Sarfaraz Ahmed got starts but were unable to build on these. By the time Cummins had steamrolled his way through the Pakistani lineup, there was not much left in it. Pakistan would eventually falter at 266 in 45.4 overs.

The Australian team exposed massive chinks in the abilities of the Sri Lankan team when the two sides faced off at The Oval. A massive role was played by Finch who completely blunted the Lankan bowling attack and hit five sixes and 15 fours en route 153 off 132. The impact of the high-intensity knock was such that not much life seemed left in the Sri Lankans. That Smith too scored 73 off 59 would help Aussies to a massive total of 334/7.

The start to the chase, however, was promising with openers Dimuth Karunaratne and Kushal Perera putting on 115 runs for the opening wicket. It was Starc who provided the crucial breakthrough when he rattled the stumps behind Perera in the 16th over of the match. The remaining top-order batsmen got starts but the pressure of the target seemed to heavy to bear. Once Karunaratne fell in the 33rd over, the writing seemed on the wall for the Lankans.

In a high-scoring encounter, Bangladesh put up a spirited effort against Australia but eventually finished second and without any points to show for it.

Aussie batting was at its aggressive best with Warner taking over from Finch and slamming a 147-ball 166. Finch too hit 53. Khawaja at one-down would slam 89 off 72 balls to take the Australians to an absolutely incredible 381/5.

Anyone who thought the match was all but over at this stage was anything but wrong.

Opener Tamim Iqbal had the right attitude from the very start of the chase and would hit a well-crafted 62. This was followed by the experienced Shakib al Hasan and Mushfiqur Rahim combining forces to keep Bangladesh alive. Even when Shakib fell to Stoinis, Mushfiqur kept up his confident batting. Joined eventually by yet another seasoned campaigner in Mahmudullah who would hit 69 off 50, Mushfiqur completed a century. It was an effort that would earn applaud and respect but no triumph as Bangladesh would eventually score 333/8.

Both Australia and England would now be looking back at this encounter for tips before the all-important semi-final clash.

The league-stage face-off between the two teams was a one-sided contest completely in favour of the Aussies who were led by Finch. The captain and opener hit a fluent 100 while Warner's 53 set a solid opening tempo to the innings.

The remaining batsmen, however, were unable to build too well from thereon and it is only because of a quickfire 38* off 27 from Carey that the Aussies managed a score of 285/7.

It would be a total a little too much for the English batsmen with opener James Vince falling off the second delivery of the chase. Joe Root, for all his credentials, fell in the fourth over. Eoin Morgan would be back in the pavilion by the sixth over and Jason Behrendorff - already on a high after striking in the first over itself - would remove Jonny Bairstow in the 14th over of the chase.

Behrendorff crushed any resistance that could have come from the lower middle-order and eventually finished with a fifer to dismiss England for 221 inside 45 overs.

Australia would absolutely thunder past New Zealand in the league stage despite a much more timid batting display.

The Aussies scored all of 243 under testing conditions with Khawaja's 88 and Carey's 71 being the two main highlights. For the Kiwis, Trent Bould picked four wickets while Lockie Ferguson and James Neesham claimed two apiece.

New Zealand openers were extremely cautious in how they approached the chase and by the time opener Henry Nicholls fell to Behrendorff in the tenth over, the score read just 29. The other opener in Martin Guptill failed to fire and was caught LBW by Behrendorff in the 14th over. Captain Kane Williamson anchored himself and scored 40 before being sent back by Starc. Ross Taylor too scored 30 before being dismissed by Cummins. There was nothing much left in the chase from here and Starc would pick up the remains and finish with a fifer.

Playing for nothing other than sheer pride, South Africans had some consolation from an otherwise horrid World Cup when the team defeated the mighty Aussies.

The Proteas' batting finally clicked in the tournament with opener Quinton de Kock helping himself to a half-century. Captain Faf du Plessis' 100 off 94 and Rassie van der Dussens' 95 helped the South Africans post 325/6.

In the chase, Finch failed to fire and fell in just the third over to Imran Tahir's spin. Khawaja was bowled by Kagiso Rabada on 18 while Smith was trapped LBW by Dwaine Pretorius. If not for Warner holding his end with determination and grit, the Aussies would have faced massive embarrassment. Warner would score 122 off 117 before falling to Pretorius. The match entered the final over with either outcome possible but the Proteas managed to keep a grip on nerves to script a win.