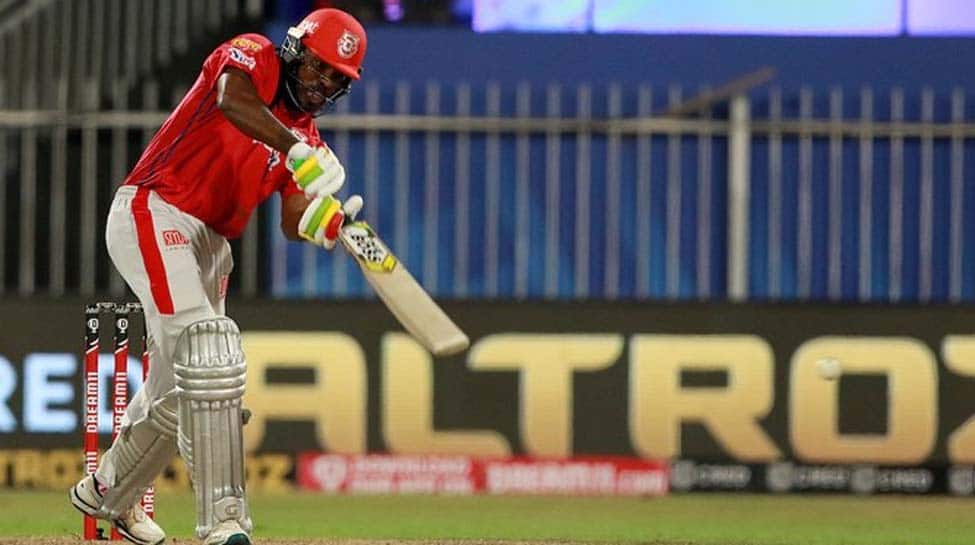 Kings XI Punjab swashbuckling batsman Chris Gayle has been fined 10 percent of his match fee for violating the Indian Premier League (IPL) Code of Conduct during his side's clash against Steve Smith-led Rajasthan Royals at the Sheikh Zayed Cricket Stadium in Abu Dhabi on Friday.

"Chris Gayle, the Kings XI Punjab batsman, has been fined 10 per cent of his match-fee for breaching the Dream11 Indian Premier League's (IPL) Code of Conduct during his team's match against Rajasthan Royals at Abu Dhabi," the official statement from the IPL stated.

The 41-year-old committed the offence when he threw his bat away is disappointment after getting out on 99 off a Jofra Archer delivery in the last over of the Kings XI Punjab's innings.

Following the clash, Gayle admitted to the Level 1 offence 2.2 of the IPL’s Code of Conduct and accepted the sanction.

It is to be noted that the decision of the match referee is final and binding for Level 1 breaches of the Code of Conduct.

Gayle's blistering knock of 99 runs off 63 balls went in vain as Rajasthan Royals clinched a comfortable seven-wicket win over Kings XI Punjab to keep their hopes of making it to the playoffs alive in the ongoing edition of the cash-rich league.

Chasing a good target of 186 runs to win, openers Robin Uthappa and Ben Stokes provided a perfect start to the Rajasthan franchise by stitching a 60-run stand for the opening wicket.

Meanwhile, Gayle completed 1,000 runs in the shortest format of the game and stitched a huge 120-run stand for the second wicket with skipper-cum-opener KL Rahul en route to his knock.

On a related note, KXIP are currently standing at the fourth place in the IPL 2020 points table with six wins from 13 matches.

KXIP will mext square off with Chennai Super Kings (CSK) in their last league stage clash of the season with an eye for a berth in playoffs.