MS Dhoni to consider retirement after Champions Trophy? Ex-cricketers back skipper to continue till 2019 World Cup

MS Dhoni retired from Test cricket after the 2014 World Cup. 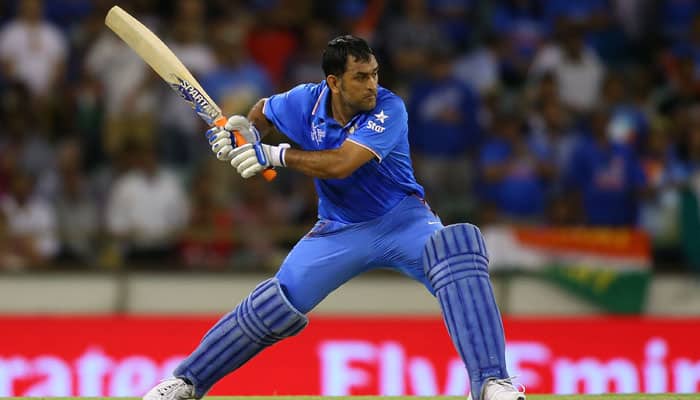 New Delhi: One of India's finest cricket captains ever, MS Dhoni guided the Men in Blue to yet another ODI series triumph, defeating New Zealand 3-2.

With India set to be indulged in more Tests action than ODIs, Dhoni has ample break time before taking on England in the one-day internationals.

Mahi, who retired from Test cricket after the 2014 World Cup is expected to take a call on his future in limited overs cricket after another mega even – the 2017 ICC Champions Trophy – which takes place in June.

Speaking to TOI, former Indian cricketer Ashish Nehra said that he expects Mahi to continue wearing the Indian jersey until the 2019 World Cup.

"By the time it's time for the 2019 World Cup, Dhoni's age would close to 38, but these days age isn't a factor. Look at Pakistani players like Younis Khan and Misbah-ul-Haq. They are still playing international cricket past the age of 40. And as far as Dhoni is concerned, he is fit enough to go on till 2019."

Ravi Shastri also echoed Nehra' comments and said, "Dhoni is at par with greats like Kapil Dev, Sunil Gavaskar and Sachin Tendulkar. He is a big player and has it in him to play till the 2019. He is the kind of player who won't be around if he is not able to deliver for India. He has played cricket on his own terms and will continue to do so."

Ex-Indian wicketekeeper Kiran More also shared his views on Dhoni's future, "Fitness is the key issue when it comes to international cricket. Dhoni does not need to worry about that. His chances of playing till 2019 is very bright. India will need Dhoni and I am sure he is not going to walk away just like that."

MS Dhoni's fitness will be key to his chances of playing the biggest event in cricket and the upcoming ICC Champions Trophy in England will highlight the intensity of fire Mahi still carries in his belly.