In the month of Kartik, and around 15 days after Diwali—Dev Deepawali is celebrated. Dev Deepawali or Dev Diwali means the Diwali of Gods which is marked as the Kartik Purnima festival celebrated with full gusto in various parts of the country, especially in Varanasi, Uttar Pradesh. 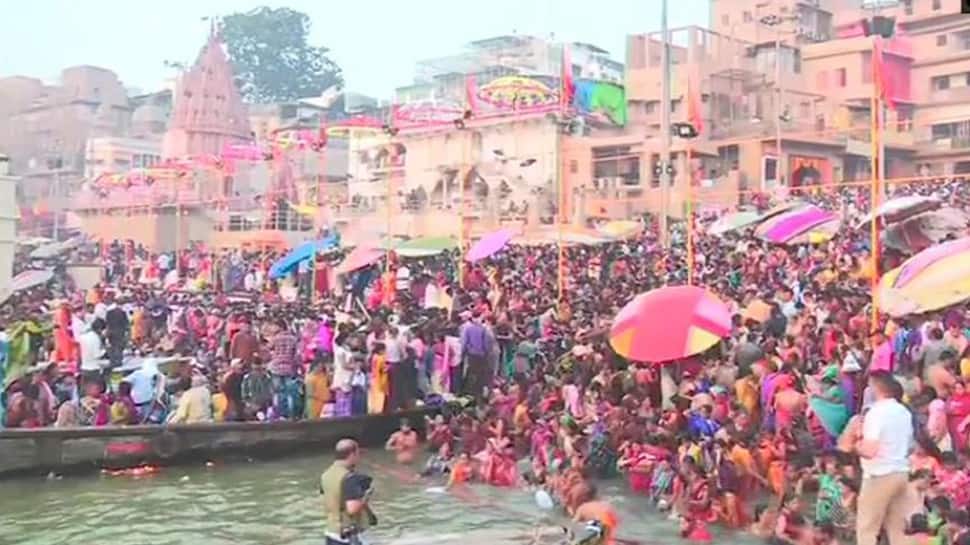 New Delhi: In the month of Kartik, and around 15 days after Diwali—Dev Deepawali is celebrated. Dev Deepawali or Dev Diwali means the Diwali of Gods which is marked as the Kartik Purnima festival celebrated with full gusto in various parts of the country, especially in Varanasi, Uttar Pradesh.

It is believed that on this day, the gods come down to earth to take a dip in the holy river Ganges or Ganga. Therefore, all the steps on the ghats are beautifully lit with lamps welcoming the gods on earth. It is known as Tripura Purnima Snan.

The devotees begin with taking a holy bath in river Ganges. It is called the Kartik Snan as it is performed during the month of Kartik. Then lamps are offered to the river goddess in the evening—the practice is called Deep Daan. Then devotees perform the famous Ganga Aarti in the evening and pray to the Goddess for her blessings.

It is a 5-day long affair, starting from Prabodhini Ekadashi and concludes on Kartik Purnima.

Several devotees including tourists from different parts of the country throng the ghats in Varanasi to witness the majestic view of thousands of lamps (diyas) being lit-up at Ganga ghats amid enchanting Aarti echoing all around.

Devotees take holy dip at the Dashashwamedh Ghat in Varanasi, as the sun rises, on 'Dev Deepawali', the festival of #KartikPoornima. pic.twitter.com/Itknvt1YBG

The rituals include singing of bhajans, aarti and chanting of mantras with drum rolls and shankh naad (conch-shell sound) reverberating. To attract the tourists and make them a part of the festival boat rides are also performed.

Ganga Mahotsav, which is a 5-day long festival takes place during this time. Cultural programs, bhajans, boat rides amongst various other things are organsied organised in Benaras which showcase the rich heritage of the city, attracting thousands of tourists every year.

Bhubaneshwar: People set afloat miniature boats to mark Boita Bandana (boat festival). The festival is a commemoration of the maritime glory of Odisha and is observed on #KartikPoornima (early morning visuals) pic.twitter.com/Od8ewvtdUd

On Dev Deepawali which coincides with Kartik Purnima, maximum tourists and devotees throng the Ganga Ghats to witness the beautifully lit-up diyas all around the eyes can see.