Kya sasta, kya mehnga? Check list of goods and services whose GST rates have been updated 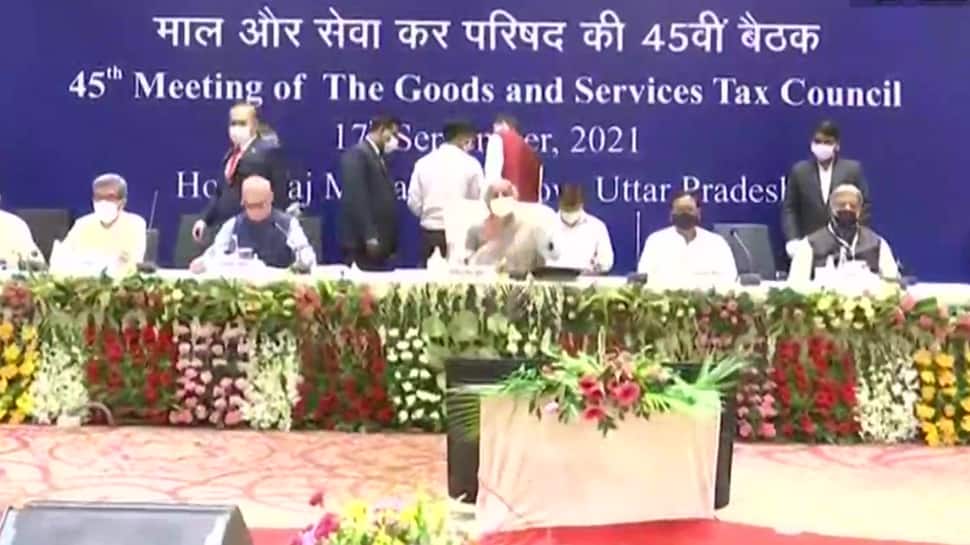 The meeting held in Lucknow, Uttar Pradesh was the 45th meeting of the GST council and the first in-person one in nearly two years.

In a press conference, Sitharaman said that the Council discussed the GST on petrol issue only because the Kerala High Court had asked it to do so but felt it was not the right time to include petroleum products under GST.

Here are some of the major decisions taken by the GST Council:

- GST Council has refused to accept the proposal to include petrol and diesel under the GST regime. Saket Patawari, Executive Director–Indirect Tax, Nexdigm, said that it does not come out as a surprise that the states have unanimously voted to keep petroleum products outside the scope of GST considering the huge implications it could have on their revenue.

- However, in positive news, the Council has decided to reduce the GST on biodiesel supplied to Oil Marketing Companies (OMCs) for blending with diesel to 5% from the current 12% rate.

- The Council has extended the concessions on 11 COVID-19 drugs till December 31 from September 30, 2021. Amphotericin B, Tocilizumab, Remdesivir and anti-coagulants like Heparin, among others, are some of the drugs on the list.

- GST on drugs such as Itolizumab, Posaconazole, Infliximab, Favipiravir, Casirivimab & Imdevimab, 2-Deoxy-D-Glucose and Bamlanivimab & Etesevimab have been reduced to 5% from 12% till December 31, 2021.

- The GST Council has also increased the GST rate on iron, manganese, copper, nickel, cobalt, aluminium, lead, zinc, tin, and chromium, among other metals to 18% from the existing 5%.

- GST on Keytruda, a cancer treatment medicine, has been reduced to 5% from the current 12%.

- The Council also accepted the proposal to bring all sorts of pens under the 18% GST rate.

- Henna power used for dying and colouring hair will now attract a GST of 5%.

- 18% GST will now be implemented on the purchase of paper sacks, cartons, boxes, bags, and more.

- Online food delivery services Swiggy and Zomato will now have to pay good and services tax to the government. This means that your food delivery will get expensive from now onwards.

- Retro fitment kits for vehicles used by the disabled will now attract a 5% GST.

- GST on Fortified Rice Kernels for schemes like ICDS has been reduced to 5% from 18%.

- Specified Renewable Energy Devices and parts will not attract a 12% GST, up from the previous 5% rate.

- Purchase of railway parts, locomotives & other goods in Chapter 86 will get expensive as it’ll attract an 18% GST.

- IGST on import of medicines such as Zolgensma, Viltepso and other medicines used in the treatment of muscular atrophy for personal use will now be reduced to 0%.

- IGST exemption has been granted on goods, such as border hats, supplied at Indo-Bangladesh.

Petrol, diesel not under the purview of GST, says FM Nirmala Sitharaman