The mega event will be held from October 6 to 28 across six cities. 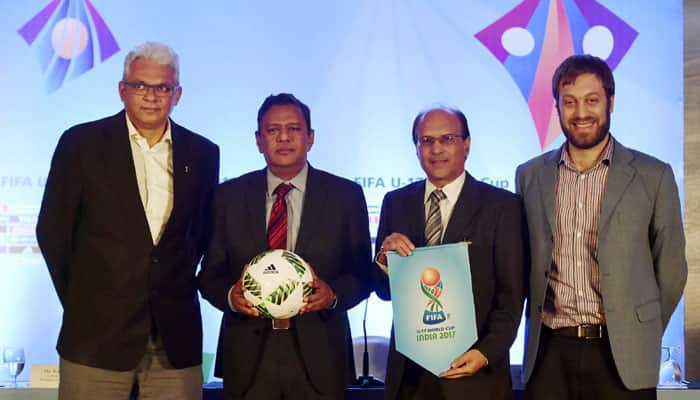 New Delhi: Bracing up to the host the FIFA Under-17 World Cup, the All India Football Federation (AIFF) has vowed to raise the bar for other federations to embrace and emulate.

India has had a history of successfully hosting some of the biggest sporting events including multiple cricket World Cups, the Commonwealth Games and the Asian Games.

However, it will be the first time a football event of this magnitude will be held in the country.

"FIFA U-17 World Cup would usher in a new era in Indian football. We are sure to make all Indians proud of our achievement by setting an example of how an international event of this stature should be organised," AIFF's senior vice-president Subrata Dutta told PTI.

The experienced football administrator added, "Our endeavour is to deliver the best ever U-17 World Cup."

The mega event will be held from October 6 to 28 across six cities.

Lauding the sport's governing body for its support, Dutta said, "FIFA has been guiding us throughout and I'm confident that we will be able put up a great show come."

Mali and Niger yesterday completed a 24-team line-up from across six confederations for the upcoming tournament, and almost all the top football nations will be part of the marquee event.

The three-week tournament will be played in six venues -- New Delhi, Mumbai, Kolkata, Goa, Guwahati and Kochi --, with the final slated for Kolkata on October 28.

Dutta said the infrastructure for the tournament was nearly complete, a few days after Kochi's status as one of the host venues was confirmed.

With the 24 teams in place, the attention now turns to the official draw, which will take place on July 7 and determine the fixtures for each team.

Ticket sales for the tournament have started on a resounding note, with the first phase of seats for Kolkata selling out within hours of becoming available last week.

In the first phase after its launch, the venue package tickets for Kolkata were kept at throwaway prices of Rs 480, 960 and 1920 for the 10 matches including the summit clash on October 28.

In March, FIFA's head of events, Jaime Yarza, had promised that a "magnificent" U-17 World Cup be delivered.