On Friday, the 27-year-old Qatar-based player`s tears of despair turned to unmitigated joy as he scored the goal which won his country the Africa Cup of Nations for only the second time and the first in 29 years. 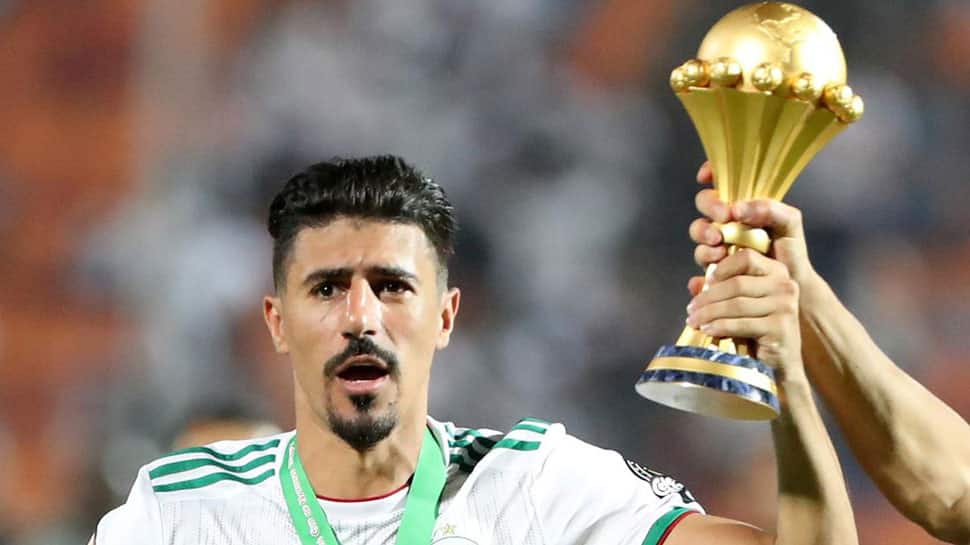 Algeria forward Baghdad Bounedjah spent the last few minutes of their quarter-final against Ivory Coast weeping on the substitutes bench, thinking he might have cost his team the match.

On Friday, the 27-year-old Qatar-based player`s tears of despair turned to unmitigated joy as he scored the goal which won his country the Africa Cup of Nations for only the second time and the first in 29 years.

Bounedjah had not had the happiest of tournaments. After scoring in the opening match against Kenya, he was criticised for his wayward finishing.

But the worse was to come in the quarter-final against Ivory Coast when he won a penalty that would have given Algeria a 2-0 lead -- only to send his effort against the crossbar.

He then missed another chance when put clean through, Ivory Coast equalised, Bounedjah was substituted and spent the remainder of the match crying inconsolably. It seemed it could not have got worse.

Fortunately for him, Algeria won the match on penalties and coach Djamel Belmadi came out in defence of his beleaguered number nine.

"I chose Bounedjah because he works a lot," he said. "He assisted with all our goals, he scored in qualifying."

"He`s an outstanding scorer, a huge worker. Penalty missed, no worries for me."

It was all very different on Friday when Bounedjah`s second-minute shot took a wicked deflection off a defender to settle the final and bring Algeria a title few had thought possible only a few months earlier.