The victory lifted Atalanta from the bottom of Group C to second place on seven points, one ahead of Shakhtar. 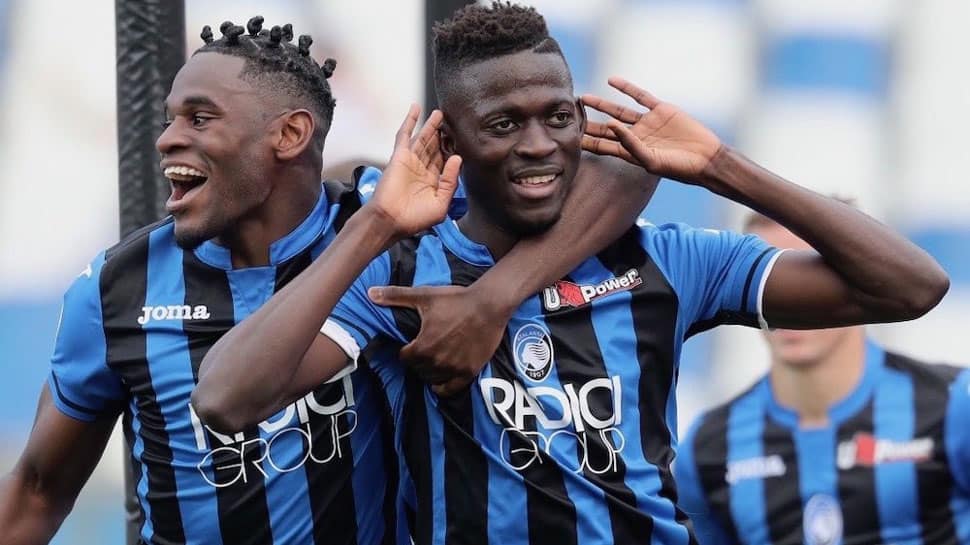 Atalanta completed an astounding turnaround in their Champions League fortunes with a 3-0 victory at Shakhtar Donetsk on Wednesday that sent the Italians through to the knockout stages despite having lost their first three Group C games.

Timothy Castagne bundled home a finish midway through the second half before Dodo was sent off for the hosts, and goals inside the final 10 minutes from Mario Pasalic and Robin Gosens wrapped up the three points.

The victory lifted Atalanta from the bottom of Group C to second place on seven points, one ahead of Shakhtar, who finished third after Dinamo Zagreb (five points) lost 4-1 at home to group winners Manchester City (14) in the other fixture.

Gian Piero Gasperini`s side, playing in the competition for the first time in Atalanta`s history, started at a frantic pace and had the better early chances.

Yet Pasalic could only muster a weak finish from a tight angle when the visitors failed to take advantage of a loose pass from the home defence, before Luis Muriel pulled a volley wide.

Shakhtar were left frustrated after 15 minutes when Viktor Kovalenko smashed home a finish, only for the goal to be disallowed for offside in the build-up.

Then Junior Moraes` point-blank header was denied by a fingertip save from Atalanta`s Pierluigi Gollini seven minutes before the break.

Atalanta were denied by the offside flag when Castagne bundled in Gomez`s cross on 66 minutes, but a lengthy check from the Video Assistant Referee (VAR) saw the decision overturned and left the Italians with one foot in the knockout stages.

Things went from bad to worse for the home side when Dodo was sent off in the 77th minute after catching Remo Freuler in the face with a flailing arm.

Pasalic then nudged in a low free kick with 10 minutes remaining, before Gosens made it three deep in stoppage time when he pounced on a slack defensive header to volley in from close range.