Athletic have won the tournament 23 times, more than any side except Barcelona, and are favourites to reach their 38th final. 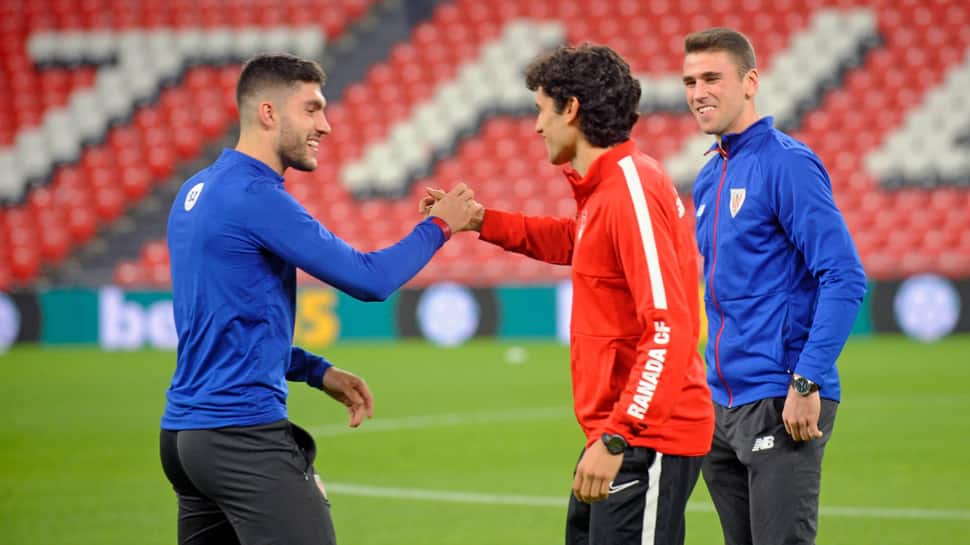 Athletic Bilbao dominated Granada in the Copa del Rey semi-final first leg but were only able to earn a 1-0 win on Wednesday thanks to a goal by Iker Muniain.

The Basques, who knocked out Barcelona in the quarter-finals, impressed at a raucous San Mames and had two goals disallowed for offside.

Inaki Williams had a low shot tipped round the post by Rui Silva and Raul Garcia was narrowly off target, before Muniain put Athletic ahead after 42 minutes.

Yeray Alvarez and Ander Capa`s strikes were ruled out as Athletic failed to build on their lead before the second leg in Andalusia on March 5.

"We feel good, to win at home and keep a clean sheet was very important, it`s a good result for the second leg. We`d have liked to expand the scoreline," Muniain said.

"Apart from that we had a good game, played intensely, at a good rhythm and we got a favourable result and we are happy."

Athletic spurned early chances before the electric Williams broke down the left flank and drove a low ball across for Muniain to convert from close range.

The hosts` domination continued after the break and Williams lashed over, while Yeray`s effort was ruled out because he and several other Athletic players were offside after a free kick.

Capa thought he had netted the second, only for it be disallowed after VAR referral, because Williams was offside and blocking the goalkeeper`s view.

Athletic have won the tournament 23 times, more than any side except Barcelona, and are favourites to reach their 38th final.

Real Sociedad host second-tier Mirandes on Thursday in the other semi-final first leg, with the return on March 4.