Marcelino was relieved of his duties as Valencia boss on Wednesday after two seasons at the helm, with the club sitting tenth in the league standings after three games. 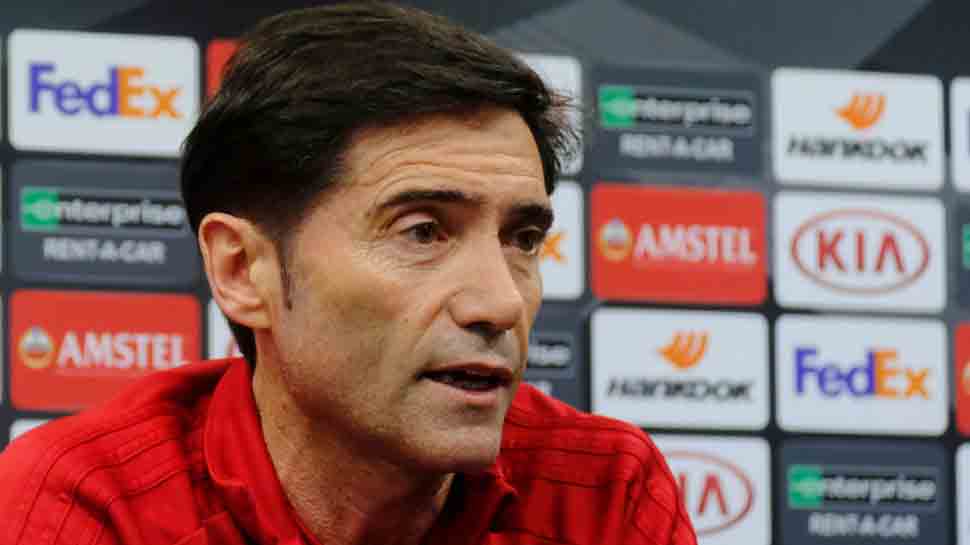 Former Valencia coach Marcelino has claimed that the La Liga club fired him because of his determination to win last season`s Copa del Rey.

Marcelino was relieved of his duties as Valencia boss on Wednesday after two seasons at the helm, with the club sitting tenth in the league standings after three games.

Former Spain Under-21 coach Albert Celades was appointed to replace the 54-year-old on a two-year deal the same day.

"The Copa del Rey was a secondary competition and (they said it) put at risk our Champions League qualification, when in reality knocking out Getafe (in the semi-finals) was key to us kicking on and finishing top four," Marcelino told a news conference.

The Spaniard secured Champions League qualification in both campaigns at the Mestalla. However, he claimed that the club told him to ignore the cup last season and focus on ensuring they finished in the top four.

"We didn`t get congratulated by the owner (Peter Lim) after winning the cup. When I went to Singapore to see him on 19 July, he congratulated me for qualifying for the Champions League and not for the Copa del Rey victory. I`m sure you can understand my surprise," he said.

"I`m absolutely certain that the smoking gun of this situation was the Copa. During the season we got messages from above and other people that we should just leave the Copa."

"The fans wanted us to go for the cup, so did the players. They wanted to fight for the cup and had the conviction to win it. The coaching team, too. Winning it was definitely the detonator for this situation. Who`d have thought it."

The triumph, which was Valencia`s first silverware since 2008, came in an impressive 2-1 victory over Barcelona in May.

The sacking had been touted for a while, with local media reporting during the close season that Marcelino had fallen out with the club`s hierarchy over transfer policy.

Valencia did not immediately respond to a request for comment from Reuters.