Milan said in a statement on their website that the 23-year-old, who was little known before his move to Genoa in July, had been given a contract until June 2023. 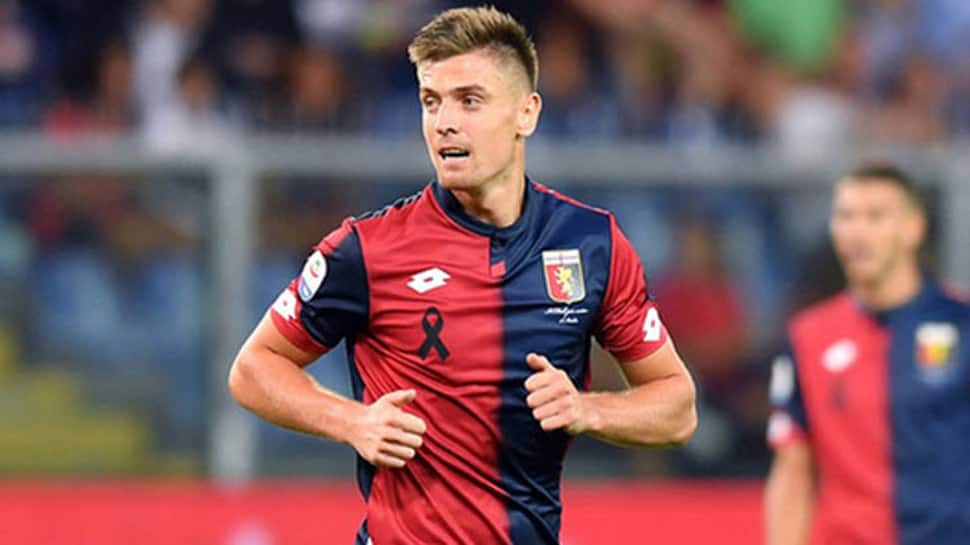 AC Milan have signed Krzysztof Piatek from Genoa after the Polish striker scored 19 goals in 21 appearances following his move from Cracovia in July.

Milan said in a statement on their website that the 23-year-old, who was little known before his move to Genoa in July, had been given a contract until June 2023.

Media reports said that Milan paid around 35 million euros ($39.84 million) for Piatek, who cost Genoa 4 million euros when they signed him from Cracovia.

The announcement came shortly after it was confirmed that the misfiring striker Gonzalo Higuain was cutting short his one-year loan to Milan from Juventus to join Chelsea.

The Argentine was a huge disappointment at San Siro, managing eight goals in 22 appearances, well short of his usual scoring rate.

"AC Milan is delighted to announce the acquisition of Krzysztof Piatek from Genoa Cricket and Football Club," said the club in a statement.

Milan are fourth in Serie A with 34 points, putting them on course for their stated goal of qualifying for the Champions League, although in terms of points, they are closer to SPAL in 16th place (18 points) than leaders Juventus (56).

Piatek made his professional debut with Zaglebie Lubin and joined Cracovia in 2016.

He scored 32 goals in 65 league appearances for the Krakow-based club including 21 last season when he finished as the Polish league's third highest scorer.

He made an immediate impact with Genoa as he scored in each of his first seven Serie A appearances and currently has 13 league goals, one behind joint topscorers Cristiano Ronaldo, Duvan Zapata and Fabio Quagliarella.

He has made two appearances for Poland, both since the World Cup, and scored his first goal in the 3-2 Nations League defeat to Portugal.