Series A: Fabio Quagliarella's late brace not enough for Sampdoria in 3-3 draw against Fiorentina

Sampdoria will now take on Udinese while Fiorentina will lock horns with Chievo in their next Series A clash. 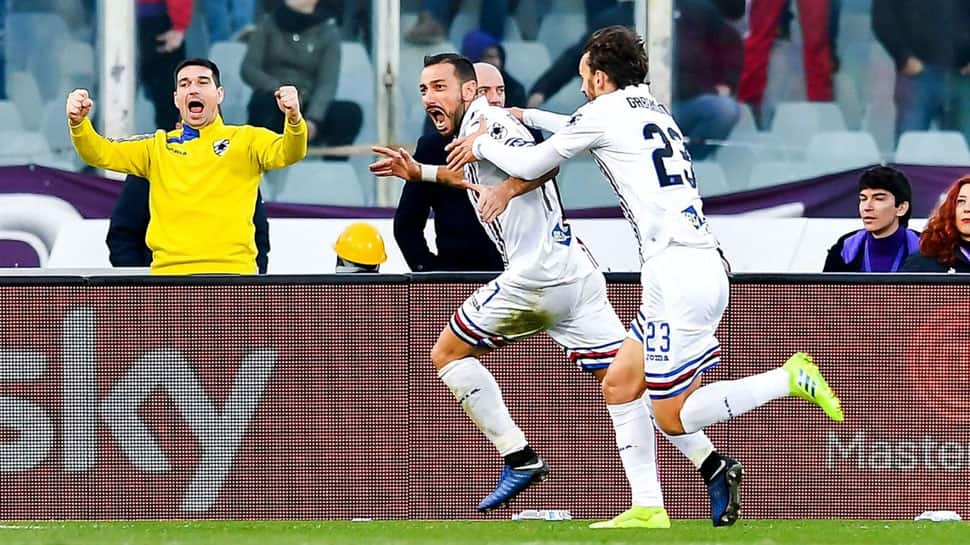 Veteran Sampdoria striker Fabio Quagliarella scored for the 10th Serie A match in a row when he grabbed a late brace at Fiorentina, although it was not enough as the 10-man hosts grabbed a 3-3 draw with a 93rd-minute equaliser on Sunday.

Luis Muriel scored on his debut for Fiorentina in the 34th minute but the hosts had midfielder Edimilson Fernandes sent off for a second bookable offence four minutes later and Gaston Ramirez levelled with a free kick before halftime.

Despite being a man down, Fiorentina went back in front when Muriel scored with a solo effort in the 79th minute.

Quagliarella, 35, levelled with a penalty in the 81st minute before collecting the ball with his back to goal, slipping between two defenders and scoring with a low shot to take his tally to the season to 14.

But German Pezzella had the last laugh when he levelled for Fiorentina from Federico Chiesa`s cross with the last kick of the game, leaving Sampdoria eighth with 30 points and Fiorentina 10th on 27.

He opened his account with a header just before halftime, struck again on the break two minutes after the re-start and completed his hat-trick with a volley in the 64th minute.

Another header nine minutes later took him level with Serie A joint top scorers Quagliarella and Cristiano Ronaldo on 14 goals.

Bologna extended their winless run in Serie A to 13 games after a 1-1 draw at SPAL.

Rodrigo Palacio curled in from the edge of the area after 24 minutes and Jasmin Kurtic headed SPAL level just after the hour.

Sampdoria will now take on Udinese while Fiorentina will lock horns with Chievo in their next Series A clash.