Bar-hopping with friends can give your well-being a healthy boost!

Oxford scientists found that moderate alcohol consumption may improve well-being due to the increased social interaction. 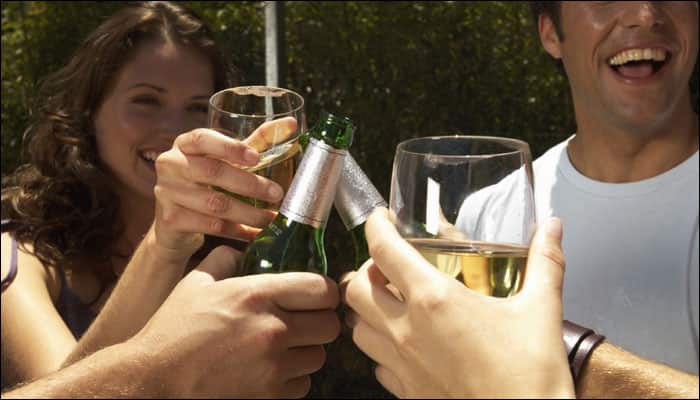 New Delhi: Alcohol is regarded as one of the most harmful substances in the world. From mental health to physical health, it is notorious for causing all sorts of health issues that could also end up being fatal.

A new study, however, reveals that the company, or lack thereof, you keep while you drink could also affect your health, provided the alcohol consumption is in moderation.

You might have been advised against going to pubs and clubs for a night out with friends in the past, but the study suggests the opposite instead, saying that going to local pubs more often with friends may be good for your health.

How? Well, Oxford scientists found that moderate alcohol consumption may improve well-being due to the increased social interaction.

While most studies warn of the health risks of alcohol consumption, researchers have looked at whether having a drink may play a role in improving social cohesion, given its long association with human social activities.

Researchers at the University of Oxford in the UK looked at whether the frequency of alcohol consumption or the type of venue affected peoples’ social experiences and wellbeing by combining data from three separate studies - observing conversational behaviour in pubs, a questionnaire-based study of pub clientele and a national survey by the Campaign for Real Ale (CAMRA).

They found that people who have a ‘local’ that they visit regularly tend to feel more socially engaged and contented, and are more likely to trust other members of their community.

They also observed that those without a local pub had significantly smaller social networks and felt less engaged with, and trusting of, their local communities.

“This study showed that frequenting a local pub can directly affect peoples’ social network size and how engaged they are with their local community, which in turn can affect how satisfied they feel in life,” said Robin Dunbar, Professor at University of Oxford.

“Our social networks provide us with the single most important buffer against mental and physical illness. While pubs traditionally have a role as a place for community socializing, alcohol’s role appears to be in triggering the endorphin system, which promotes social bonding,” said Dunbar.

“Like other complex bonding systems such as dancing, singing and storytelling, it has often been adopted by large social communities as a ritual associated with bonding,” he said.

“Personal wellbeing and happiness have a massive impact not only on individual lives, but on communities as a whole,” said Colin Valentine, CAMRA’s National Chairman.

“It will be of no surprise to CAMRA members that pubs play such a pivotal role in a person’s wellbeing, but it is fantastic news to hear that this wisdom has now been confirmed by research,” Valentine said.

“Pubs play a unique role in offering a social environment to enjoy a drink with friends in a responsible, supervised community setting,” he said.

“For this reason, we all need to do what we can to ensure that everyone has a ‘local’ near to where they live or work - the first step to which is to strengthen planning protection for pubs to stem the 21 pubs closing across this country each week,” Valentine said.