Fans have been going gaga over Priyanka Chopra's appearance in 'The Matrix Resurrections' TV spot which has surfaced on social media. 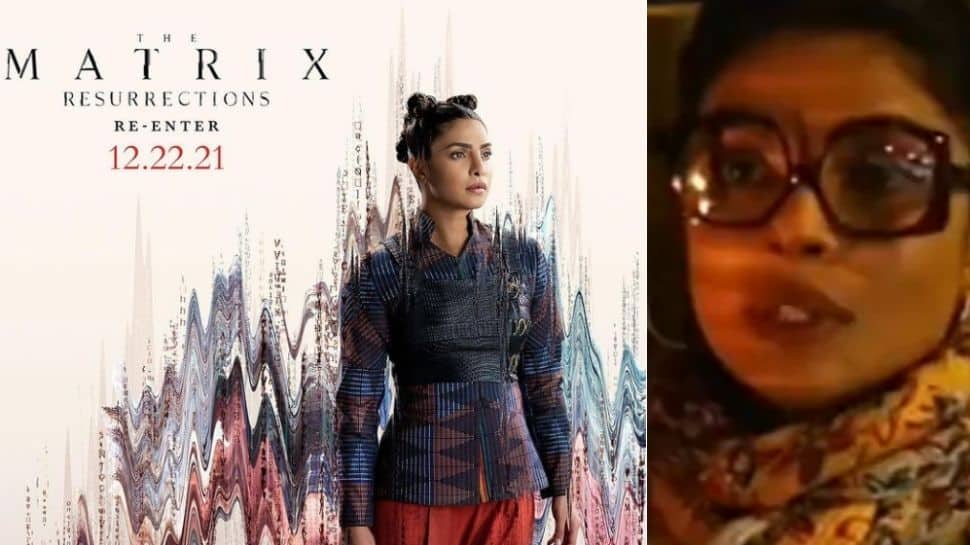 New Delhi: Days after Priyanka Chopra's poster look from the 'The Matrix 4' released on social media, a clip from the film's TV spot featuring the global sensation has gone viral.

Several fan accounts have shared a glimpse of Priyanka's role in the film which has greatly excited fans.

In the clip, Priyanka is seen winking whilst wearing stylish sunglasses and a scarf. Fans were super excited to catch a glimpse of the 'desi girl' in the much-awaited film and couldn't wait to watch her have more screen time when the film hits theatres.

In the previous movie poster, Priyanka's character featured wearing a red and blue coloured outfit. Fans have interpreted it as a hint at the red and blue pills from the first film of the popular franchise.

The Matrix Resurrections, produced, co-written, and directed by Lana Wachowski, tells the story 20 years after The Matrix Revolutions. The film is all set to release theatrically in the US on December 22.