Amid the unprecedented surge of COVID-19 infections in the country, India on Tuesday (April 27) recorded the highest single-day rise in its COVID-19 death toll, for the fifth consecutive day. 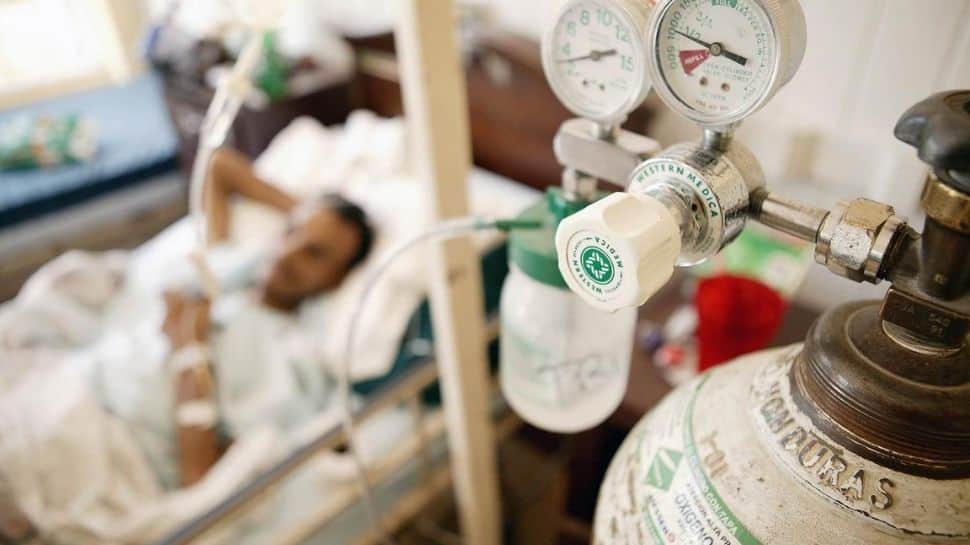 Mumbai: Amid the unprecedented surge of COVID-19 infections in the country, India on Tuesday (April 27) recorded the highest single-day rise in its COVID-19 death toll, for the fifth consecutive day.

The horror of the deadly coronavirus in the nation has pushed most individuals in aghast of the single thought of hospital premises. The rising death toll has increased the worry of the people, especially in families with senior citizens.

Similarly, a family in Maharashtra's Katgaon Tanda village, who was tested COVID positive, following which two of its eldest members had to be hospitalised in ICU COVID wards, was warned by their neighbours not to visit hospitals in the wake of the COVID outbreak.

But Suresh Chavan decided to take his 105-years-old father and 95-years-old mother to the hospital. The elderly couple was hospitalised for nine days in ICU of Vilasrao Deshmukh Institute of Medical Sciences in Latur. Both the senior citizens had tested positive of coronavirus. Due to the old age everybody feared for their lives.

“We live as a joint family. Other than my parents, the three children had tested positive too. My parents were running high temperatures and my father had a severe stomachache as well, and so I decided to admit them both to a hospital,” Suresh told The Times of India.

“My parents were very scared and so was I, but I knew that keeping them at home would be a wrong decision,” said Suresh.

The doctor treating the elderky couple revealed that, “they had a CT (computed tomography) score of 15/25, which was a concern due to their age. They were on oxygen support and were also given five doses of the antiviral ,” said Dr Gajanan Halkanche.

“He would always ask me if they would ever get better and would see our village again. And every day I kept telling them they will be discharged tomorrow,” Suresh told TOI. Suresh also added that everyday he used to visit the hospital, while maintaining distance, and used to see his parents from a small window.

The doctors involved in the treatment revealed that early diagnosis and timely treatment helped them beat the coronavirus. “We are appealing to the public to ensure they get tested as soon as they see any symptoms. Timely detection and treatment will ensure complete recovery,” said Dr Halkanche.

“When they were discharged, people from across the district told me that it is his good deeds that have helped him fight the virus,” said Suresh.