Aam Aadmi Party to launch mega campaign from September 1 to 30 to make MCD free of garbage and corruption: Gopal Rai

Gopal Rai said that Delhiites gave several chances to the BJP in MCD in return, BJP’s councillors gave only garbage and corruption back to Delhi. 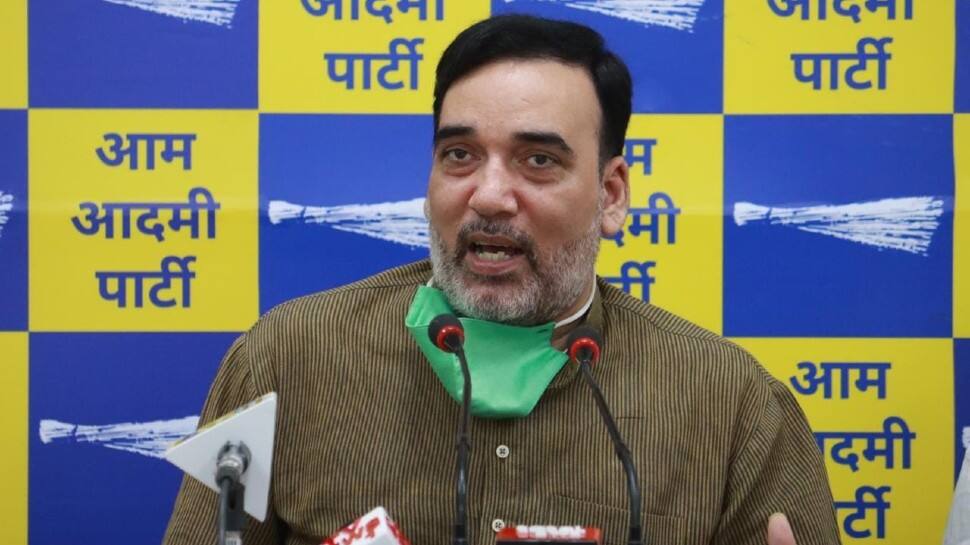 New Delhi: Aam Aadmi Party will launch a one-month mega campaign to make Delhi free of corruption and garbage from 1st to 30th September. AAP Delhi convenor Gopal Rai informed on Tuesday that AAP’s ‘Aapka Vidhayak Aapke Dwar’ program will commence on 1st September and 2,500 meetings will be conducted with the locals.

AAP MLAs are set to hold local meetings to understand people’s problems and discuss how to make Delhi free of corruption and garbage. Gopal Rai said that Delhiites gave several chances to the BJP in MCD in return, BJP’s councillors gave only garbage and corruption back to Delhi. Ward wise preparation meeting will be held in all 272 wards of Delhi from 25 to 30 August under the Aapka Vidhayak Aapke Dwaar initiative. Gopal Rai also reinforced that BJP will face a crushing defeat in MCD elections.

Delhi Cabinet Minister Gopal Rai said, “Delhi’s people continuously gave chances to the Bharatiya Janata Party in the MCD. Despite this, the BJP’s councillors gave only two things in return to Delhi’s people as a gift, and these two things are garbage and corruption. In the entire Delhi, in a span of 15 years, a garbage mountain rose in Delhi. And not just a garbage mountain, if you go to any locality in Delhi- be in under North MCD, South MCD, or East MCD- the first thing you meet there is the garbage in that locality. Our Prime Minister ran the Swachh Bharat Mission, yet BJP’s councillors and BJP’s Mayor failed to fulfill the mission in Delhi. The Swachh Bharat Mission failed in Delhi and Delhi remained filled with garbage.”

He said, “Failing after attempting is a different thing. However, in this case, we do not see any interest or intention to do any work. It seems as if they have this ego that, irrespective of whether they work or not, they will win the elections. BJP’s leaders seem to have this arrogance that it is the compulsion of Delhi’s people to vote for the BJP. Corruption has taken over the entire MCD, hollowing the MCD from head to toe. And the result of this corruption is that even if MCD’s assets are sold, it is still not possible for the BJP to run the MCD. MCD’s assets are being sold at throwaway prices. It seems as if they intend to sell all the little that is left before leaving the MCD.”

Gopal Rai said, “In such a scenario, Aam Aadmi Party is launching a mega campaign to make Delhi corruption-free and garbage-free. Yesterday, we had a meeting with our MLAs and Party’s office-bearers till late at night. We took this decision to launch a mega campaign to make Delhi free from corruption and garbage. The first phase of this campaign will run from 1st to 30th September. In this one-month-long campaign, 2,500 meetings will be conducted. Aam Aadmi Party’s MLAs will execute the entire campaign. All the AAP MLAs will execute the 'Aapka Vidhayak Aapke Dwar' program from 1st September onwards. Under this program, all AAP MLAs will visit various localities in various Vidhan Sabha assemblies to undertake meetings with the local people. All these meetings will be taken following the COVID-19 guidelines. They will sit with the local people, interact with them, understand their problems as well as discuss how to make Delhi free of corruption and garbage.”

He said, “Under this mega campaign that we are launching from 1st September, the party’s office-bearers will initiate such meetings in the assemblies wherein AAP does not have MLAs. To prepare for this mega campaign, AAP will be organising ward-wise preparation meetings in all the 272 wards in Delhi from 25th to 30th August. In these preparation meetings, AAP’s Mandal officers and booth officers will take part and an outline for the 'Aapka Vidhayak Aapke Dwar' program will be drawn for different localities. After this, under the 'Aapka Vidhayak Aapke Dwar' program, MLAs will visit various localities and hold discussions with the residents.”

Rai said, “This is being done because, in the past, the change that has been brought in Delhi by the Delhi Government was with the support of the people of Delhi. So now, we will fight this battle for a better MCD alongside the people of Delhi. We are commencing this via the 'Aapka Vidhayak Aapke Dwar' program.”

He said, “For monitoring, day-to-day reporting, and feedback of this entire campaign, we are making 7 party office-bearers in charge at the Lok Sabha level. There will be 14 in charges at the District level and 70 in charges at the Vidhan Sabha level. They will be centrally monitoring this campaign so that the feedback and problems that are arising from the ground level reach the central office routinely. This entire campaign will be monitored and carried out systematically. Through the medium of these 2,500 meetings, we will reach out to the public. After the completion of this phase on 30th September, we will review the outcomes. We will draw the outline for the next campaign on the basis of this review.”

He further said, “For the first time ever, in the MCD by-poll elections the BJP was brought to zero. Considering the condition in which the BJP-ruled MCD has landed Delhi in, I have full trust that Delhi’s public will be ready to bring a drastic change to the MCD in the upcoming elections.”