Gorantla Madhav, a member of Lok Sabha from Andhra Pradesh`s Hindupur, surprised media persons by licking the police boots while defending the police at a news conference on Friday. 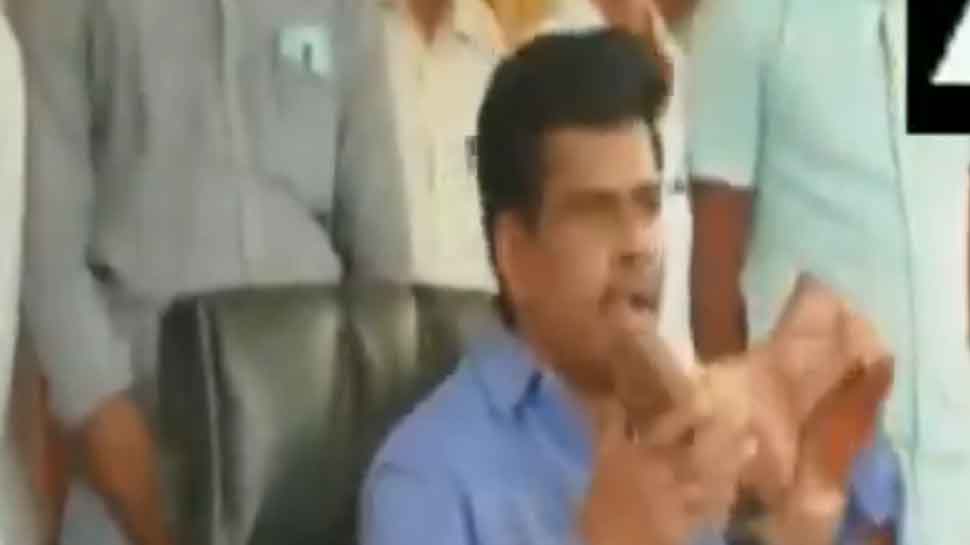 New Delhi: A Member of Parliament of the YSR Congress Party licked a pair of police boots to protest certain remarks made by opposition Telugu Desam Party (TDP) leader J. C. Diwakar Reddy against the police.

Gorantla Madhav, a member of Lok Sabha from Andhra Pradesh`s Hindupur, surprised media persons by licking the police boots while defending the police at a news conference on Friday.

Madhav, a former police official, was reacting to allegations by Diwakar Reddy that the police under the YSRCP rule are partisan. The former MP also stated that if the TDP comes back to power, it will have such police officers who will "lick our boots".

The YSRCP leader slammed Reddy for his remarks and sought an apology from him. He claimed that similar comments by the TDP leader had prompted him to come into politics last year.

Madhav stated if Chief Minister Y.S. Jagan Mohan Reddy permits him, he will resign as MP and join the police force again. "Police personnel are not there to lick anybody`s boots. They work with dedication to provide round-the-clock security to people," he said.

Madhav had resigned as Circle Inspector in December last year when Diwakar Reddy, then MP from Anantapur, had made certain comments on the police`s behavior during the Prabhodananda Swamy Ashram issue in Anantapur district.

One villager had died and several others injured in an attack by the ashram`s inmates on villagers during Ganesh immersion procession at Chinna Polamada village in the district. The ashram had made allegations against the police for its handling of the case.