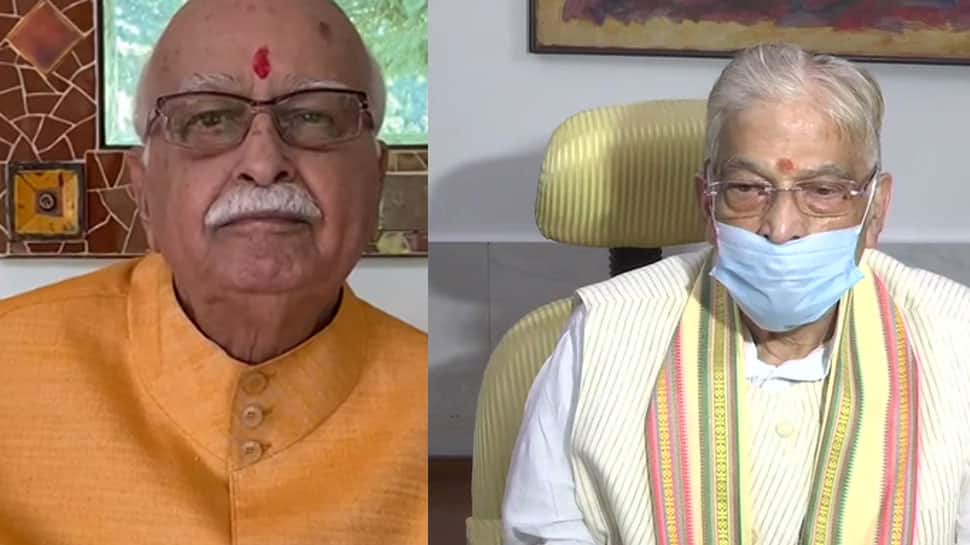 NEW DELHI: BJP veteran LK Advani, who was acquitted by a special CBI court on Wednesday (September 30, 2020) in the Babri Mosque demolition case, welcomed the court verdict by chanting 'Jai Shri Ram', and said that it vindicates his personal and BJP's belief and commitment towards the 'Ram Janmabhoomi Movement'.

“The judgement vindicates my personal and BJP's belief and commitment toward the Ram Janmabhoomi movement,” the BJP stalwart said after being acquitted by Special CBI Court, Lucknow.

Advani, who was the face of the Ram Janambhoomi Movement in 1992, was acquitted along with all other 31 accused in the case. "It is a very important decision and a matter of happiness for us. When we heard the news of the court's order, we welcomed it by chanting Jai Shri Ram" Advani said in a video message. 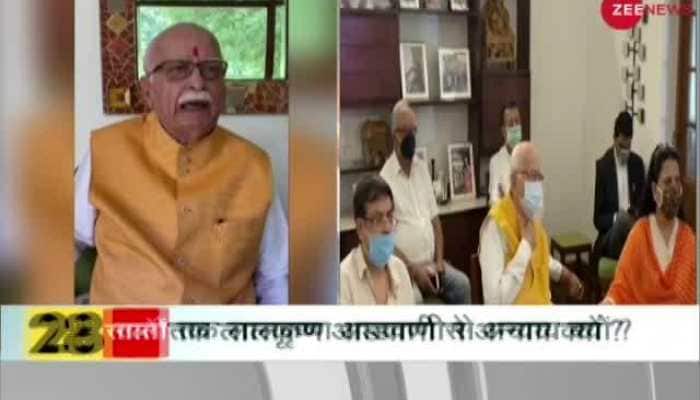 Later in a statement, he said, "the judgement vindicates my personal and the Bharatiya Janata Party's belief and commitment towards the Ram Janmabhoomi Movement.

"I also feel blessed that this judgement has come in the footsteps of another landmark verdict of the Supreme Court given in November 2019, which paved the way for my long-cherished dream of seeing a grand Shri Ram Mandir at Ayodhya, the foundation laying ceremony of which was held on 5th August 2020, " the BJP veteran said.

After the court verdict, the 92-year-old BJP leader came out and greeted the media, gathered outside his house here, by chanting the slogan of 'Jai Shri Ram'. He was seen watching the news in his residence while sitting with his family members and his daughter Pratibha Advani, who was holding his hands.

The case relates to the razing of the disputed structure in Ayodhya on December 6, 1992.

Meanwhile, his party colleague and former Union Minister Murli Manohar Joshi said, “It's a historic decision by the court. This proves that no conspiracy was hatched for December 6 incident in Ayodhya. Our program and rallies were not part of any conspiracy. We are happy, everyone should now be excited about Ram Mandir's construction.”

Ram Madhav said the acquittal in the Ramjnmabhumi conspiracy case was long overdue and urged everyone to welcome the court’s judgement.

“Victory triumphs. CBI court’s acquittal in RJB conspiracy case was long overdue. A malicious case against some of the most respected leaders of our nation has fallen aside finally after 3 decades. Everyone should welcome d judgement,” Ram Madhav tweeted.

Shiv Sena leader Sanjay Raut welcomed the verdict on the 1992 Babri Masjid demolition case and said the decision was awaited for the last 28 years.

''Maharashtra Chief Minister Uddhav Thackeray and the entire Sena party welcome the judgment as it was on expected lines. We should forget the incident now. If Babri wouldn't have been pulled down, we wouldn't have been able to see the Bhoomi Poojan of Ram Mandir. I congratulate all the leaders who were present there and who were involved in the protest,'' Raut said.

26 out of 32 accused were present in the court, including Sadhvi Ritambhara, Sakshi Maharaj, Vinay Katiyar and Champat Rai Bansal. In the Babri demolition case, an FIR was registered against a total of 49 people. Of these 17 have died, the remaining 32 are still accused.

The seventeen accused in the case include Bal Thackeray, Ashok Singhal, Mahant Avaidyanath, Giriraj Kishore, and Vijayaraje Scindia who passed away during the trial. During the trial, the Central Bureau of Investigation (CBI) produced 351 witnesses and 600 documents as evidence before the CBI court.