The BJP-led coalition is likely to win 264 of the 543 seats in the Lok Sabha. 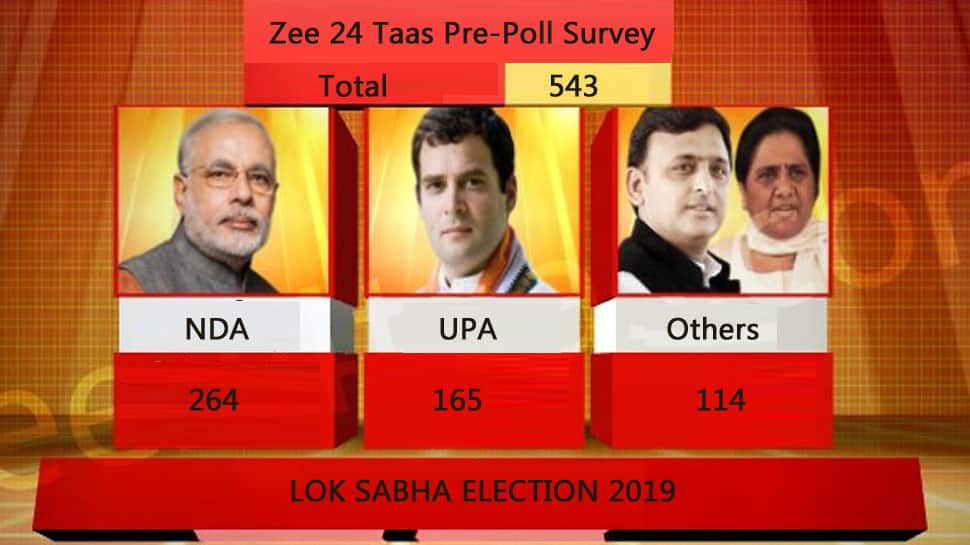 The BJP-led coalition is likely to win 264 of the 543 seats in the Lok Sabha. The Congress-led United Progressive Alliance (UPA) will get 165 seats while other parties and independents will win the remaining 114 seats.

In Maharashtra, the BJP-Shiv Sena alliance is likely to win 30 out of 48 Lok Sabha seats.

The BJP is also expected to sweep Uttar Pradesh, Bihar, Haryana and Gujarat.

The Congress, meanwhile, is likely to emerge victorious in Chhattisgarh, Punjab and Karnataka.

Following the Pulwama attack and retaliatory air strikes by the Indian Air Force (IAF) on terror camps in Pakistan, the country might once again vote for the Modi government, predicted the survey.

Top sources also confirmed to Zee Media that the BJP is set to tweak its strategy to bank on nationalism as the Lok Sabha election approaches.