"I regret the incident and feel bad about it, what happened was against my normal behaviour," said Tripathi. 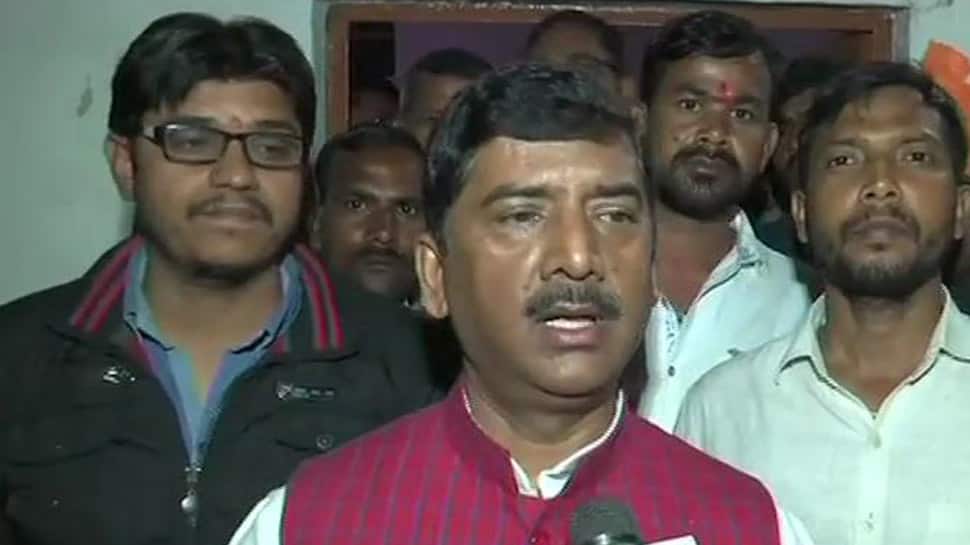 Hours after an ugly fight broke out on Wednesday afternoon in Uttar Pradesh between Bharatiya Janata Party (BJP) MP Sharad Tripathi and MLA Rakesh Singh Baghel, Tripathi said he regretted the incident, asserting that it was uncharacteristic of him.

"I regret the incident and feel bad about it, what happened was against my normal behaviour," said Tripathi.

In a major embarrassment for ruling BJP, the two leaders exchanged blows in front of journalists following an argument. The video of the incident has gone viral on social media.

The video begins with a verbal spat between BJP MP from Sant Kabir Nagar Sharad Tripathi and MLA Rakesh Singh Baghel of Mendhawal constituency during a District Coordination Meeting in Sant Kabir Nagar, about 200 km from Lucknow.

The argument started after Tripathi asked why his name was missing from the foundation stone for a local road. Baghel responded saying that it was his decision.

Soon, the argument turns heated and an angry Tripathi takes off his shoe and bashes Rakesh Baghel seven times.  The MLA also responded in kind by slapping Tripathi two to three times before the police and other leaders present in the room managed to intervene.

Tripathi, however, maintained that if he gets summoned by Uttar Pradesh BJP President M N Pandey then he will put his point across.

"If I am summoned by state chief then will put my point across," said Tripathi.

Reacting to the incident, Pandey had said that the party has taken cognizance of the shameful incident and both the leaders have been summoned to Lucknow. He added that strict disciplinary action will be taken against the two leaders.

"We have taken cognizance of this condemnable incident and both have been summoned to Lucknow. Strict disciplinary action will be taken," Pandey told ANI.

While Tripathi is a BJP MP from Sant Kabir Nagar, while Baghel is an MLA from the Mendhawal constituency.

Hours after the incident, Baghel and his supporters staged a protest outside the District Magistrate office demanding arrest of Tripathi.