Re-using a mask could cause 'Fungus', experts suggest these tips to avoid infection

Amid rising cases of black fungus in Delhi, some medical experts feel that "unhygienic masks" and “poorly ventilated rooms” could be contributing factor. 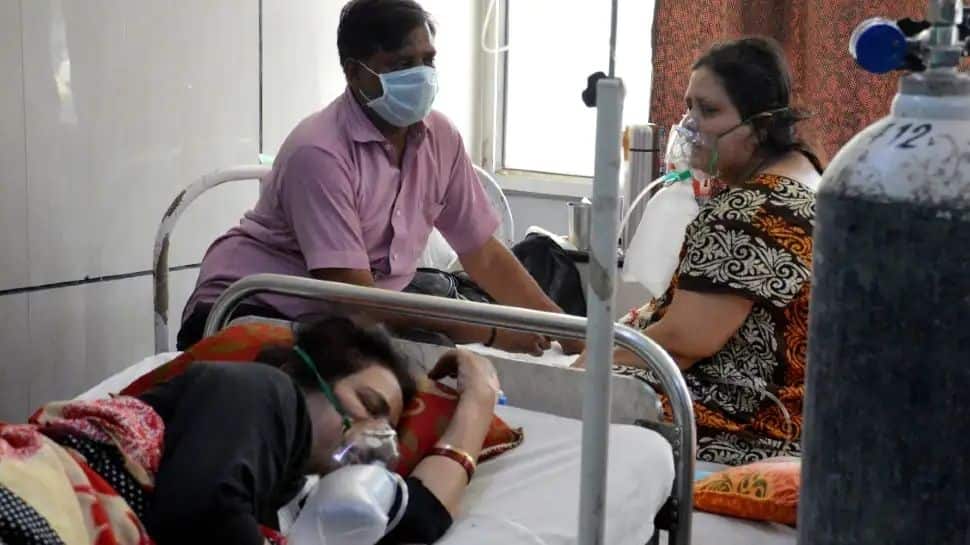 New Delhi: Amid rising cases of black fungus in Delhi, some medical experts feel that "unhygienic or re-using unwashed masks" and “poorly ventilated rooms” could be contributing factor.

Medical professionals of numerous leading hospitals have revealed that many patients who have been infected by mucormycosis had a history of exhibiting poor hygienic practices, including wearing unwashed masks for a long time.

On the other hand, many medical experts said that there is "no clinical evidence" to make such claims.

A senior consultant at Indraprastha Apollo Hospitals, Dr Suresh Singh Naruka told PTI that the primary factor is "irrational use of steroids".

"Second, I would reckon is unhygienic practices, like wearing masks over a long time without washing them, or staying in poorly ventilated rooms such as a basement, or less airy rooms. So, I would say, the second factor is also a trigger point for contractor mucormycosis," he said.

"In many cases, we also found that people who had contracted black fungus had self-medicated themselves on steroids, after their oxygen concentration levels had dropped, making them susceptible to this ailment which is being found more in COVID patients under treatment or recovery than others," Naruka said.

Preventive measures to be followed:

- Cleaning and replacement of humidifiers (for those using Oxygen Concentrators)

- Masks should be disinfected daily

Earlier, Director AIIMS, Dr. Randeep Guleria has also said that, “High dosage of steroids being taken by COVID-19 patients is of no use. Mild to moderate doses are good enough. As per the data, steroids should be given only for 5 to 10 days (maximum). Moreover, steroids increase the blood sugar level which can then become hard to control.”

As per a Centre's press release, Mucormycosis, also known as black fungus infection, is a rare but fatal fungal infection.  It is caused by a fungus named mucor, which is found on wet surfaces. Cases of mucormycosis are rapidly rising among COVID-19 survivors, causing blindness or serious illness and even death in some cases, health officials have warned.

Director AIIMS, Dr. Randeep Guleria explained the increased incidence during a press conference last week. “Earlier, mucormycosis was commonly spotted in people suffering from diabetes mellitus, a condition where one’s blood sugar (glucose) levels are abnormally high. Cancer patients undergoing chemotherapy, those who have had a transplant, and people taking immunosuppressants (medications that weaken the immune system) also used to get it. But now due to COVID-19 and its treatment, an increase in number of cases is being witnessed. There are more than 20 cases of the fungal infection in AIIMS itself, all of whom are COVID positive. Many states have reported 400 to 500 cases, all among COVID patients.”

- Pain and redness around eyes and nose,

- Epistaxis (bleeding from the nose), nasal or sinus congestion,