The IIT researchers had last week reportedly predicted that the pandemic may peak between May 11-15 with 33-35 lakh total active cases and decline steeply by the end of May. Earlier this month, their modelling approach projected that active infections in the country would peak by April 15, which didn't come true. 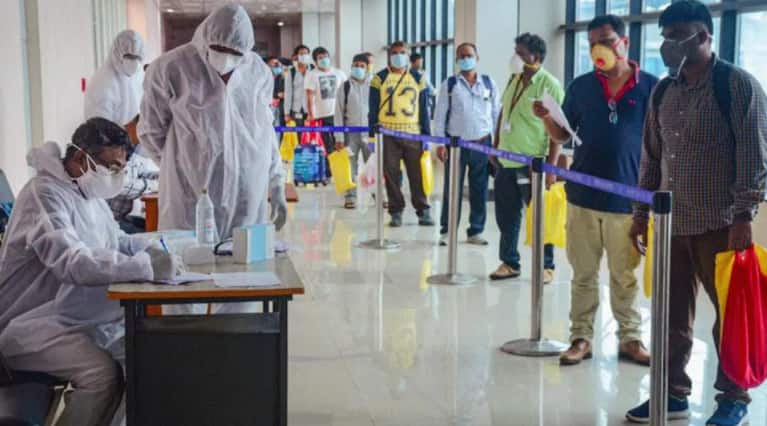 The IIT scientists, who have revised their projections upwards, from the Indian Institute of Technology in Kanpur and Hyderabad applied the Susceptible, Undetected, Tested (positive), and Removed Approach' (SUTRA) model to predict that active cases would go up further by over 10 lakh by mid-May, said a PTI report, adding that the latest projection tweaks the time frame as well as the numbers.

The IIT researchers had last week reportedly predicted that the pandemic may peak between May 11-15 with 33-35 lakh total active cases and decline steeply by the end of May. Earlier this month, their modelling approach projected that active infections in the country would peak by April 15, which didn't come true.

"This time, I have also computed minimum and maximum for predicted values and posted it. I am reasonably confident that the actual values will be within the min and max values mentioned," Maninder Agrawal, professor at the Department of Computer Science and Engineering, IIT-Kanpur, told PTI.

Agrawal shared the new peak values for active and new COVID cases in a Twitter thread on Sunday.

In another tweet, Agrawal said, "I have now computed a range of values for peak value and timing and the final numbers should be within this range." Explaining the changing projections of the model over time, he said, "The primary reason is that there is a continuous slow drift in parameter values of current phase for India. This makes the guess of the right values difficult. That is causing a slow change in predictions."

The scientists in the study, yet to be unpublished, reportedly said that there are several novel features in the SUTRA model. Whereas previous papers divided the patient population into asymptomatic and Infected, the new model also accounts for the fact that some fraction of asymptomatic patients could also be detected due to contact tracing and other such protocols.

The IIT Kanpur Professor noted that the SUTRA model uses three main parameters to predict the course of the pandemic. The first is called beta, or contact rate, which measures how many people an infected person infects per day. It is related to the R-nought value, which is the number of people an infected person spreads the virus to over the course of their infection, Agrawal told PTI.

The other two parameters are 'reach', which is a measure of the exposure level of the population to the pandemic, and 'epsilon' which is the ratio of detected and undetected cases.

Independent calculations by Gautam Menon and his team at Ashoka University in Haryana had predicted that the peak of the ongoing wave of infections could be between mid-April and mid-May. Menon also cautioned that such projections of COVID-19 cases should really be trusted only in the short term.

Any excessively precise prediction, of a peak within just a five-day window would ignore the many uncertainties associated with the inputs to any such calculation, Menon, who was not involved in the modelling, had told PTI earlier.

Meanwhile, with 3,52,991 people testing positive for coronavirus infection in a day, the highest so far, India's total tally of COVID-19 cases has climbed to 1,73,13,163 while active cases have crossed the 28-lakh mark, according to the Union Health Ministry data updated on Monday.

The data also said that the death toll increased to 1,95,123 with a record 2,812 new fatalities, the data updated at 8 am showed. Registering a steady increase, the active cases have increased to 28,13,658 comprising 16.25 per cent of the total infections, while the national COVID-19 recovery rate has further dropped to 82.62 per cent.

The data further said that number of people who have recuperated from the disease surged to 1,43,04,382. The case fatality rate has further dropped to 1.13 per cent.