Halls were carefully sanitised and UV lights were installed in several theatres. 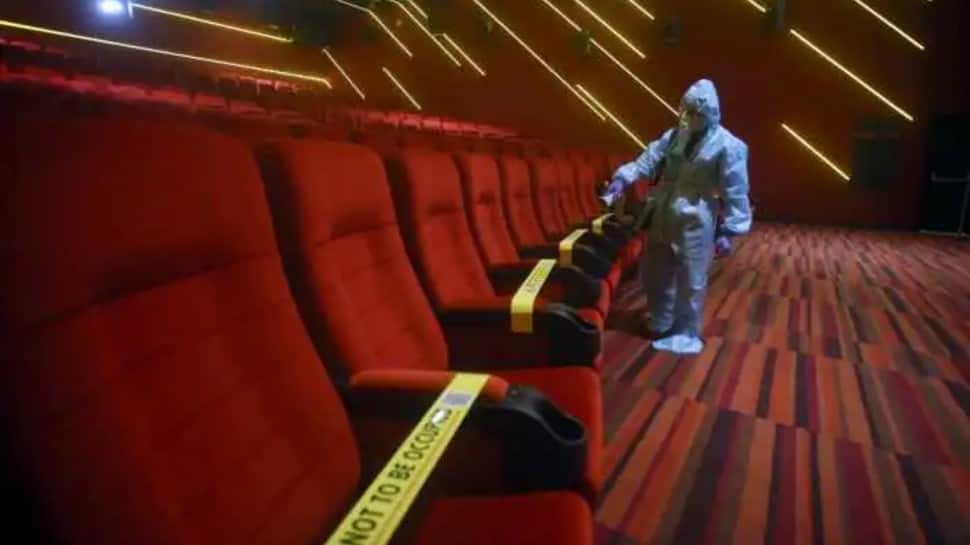 New Delhi: Cinema halls across Delhi have resumed business as they prepare to open with 50 per cent seating capacity in view of the declining COVID-19 cases in the national capital.

Halls were carefully sanitised and UV lights were installed in several theatres.

"Expecting to open by Friday. Producers are waiting to release their movies here because ‘big screen is big screen’," said Delite Cinema Manager while speaking to ANI.

Proprietor of Liberty cinema and President of Cinema Owners` Association of Delhi, said "The government has allowed cinemas to open with 50 per cent occupancy. We welcome this decision of the government. Cinemas are fully prepared to reopen. Everything is in place. The primary focus should be on proper sanitisation which is being taken care of."

According to the manager at the Delite Cinema Hall, snacks will not be allowed in the halls and only seal-packed eatables will be available for sale.

As a part of unlock-8, the Delhi government on Saturday issued orders allowing cinemas/theatres/multiplexes to reopen with 50 per cent capacity from 5 am on July 26.

The Delhi Disaster Management Authority (DDMA) in its guidelines also permitted the Delhi metro to operate at 100 per cent capacity.

Even buses plying within the metropolis, including DTC and cluster buses, were allowed to run at full capacity.

Meanwhile, the national capital on Monday reported 39 fresh COVID-19 cases and one death in the last 24 hours, as per the Delhi Health Department on Monday.

(With inputs from news agencies)