The driver of the bus - travelling between Lucknow and Delhi - may have dozed off, according to officials. 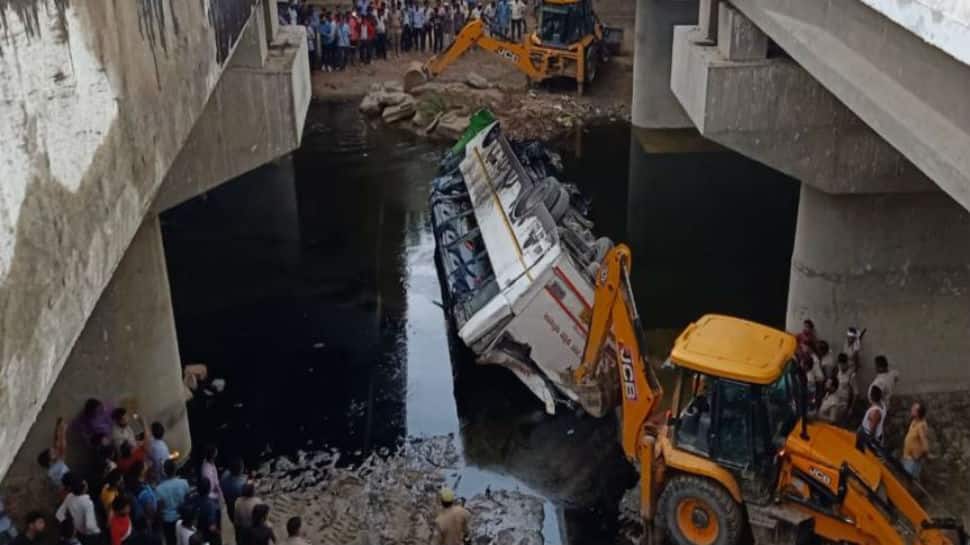 A double-decker bus from Lucknow and bound for Delhi fell into a canal on the Yamuna Expressway in a tragic accident in the intervening night between Sunday and Monday. At least 29 people are feared dead.

The incident took place near Agra on the expressway which connects it to Delhi. The bus was coming from Lucknow and had at least 40 occupants, many of whom received serious injuries. Shortly after the accident took place, locals rushed to the spot to pull out the passengers. The local administration has also reached the spot and started rescue and relief operations.

While it is being reported that at least 29 people have died in the extremely unfortunate accident, many others are injured and have been rushed to local hospitals.

Prime Minister Narendra Modi offered his condolences and expressed deep pain at the accident. "Pained by the bus accident in Agra, Uttar Pradesh. Condolences to the families who have lost their loved ones. I pray that those injured recover fast. The state government and local administration are providing all possible assistance to the affected," he tweeted.

Uttar Pradesh Chief Minister Yogi Adityanath also expressed his anguish and offered condolences to the families of those killed. He has requested Deputy CM Dinesh Sharma and Minister of State for Transport Swatantra Dev Singh to visit the site of the accident. Defence Minister Rajnath Singh too has expressed his condolence and has asked the Agra DM NG Ravi Kumar to ensure proper medical treatment of the injured.

Ravi Kumar also took stock of the situation at the site of the accident and said that the driver of the bus may have dozed off which led to the tragedy. "Of the 29 deaths, one was a toddler girl and another a minor girl of around 15 to 16 years of age. All others who died are men," he said.

Meanwhile, UP Roadways has announced a compensation of Rs 5 lakh for the families of the deceased.