PM Modi addressed the Indian diaspora in France on Friday. Here are the top highlights of PM's address. 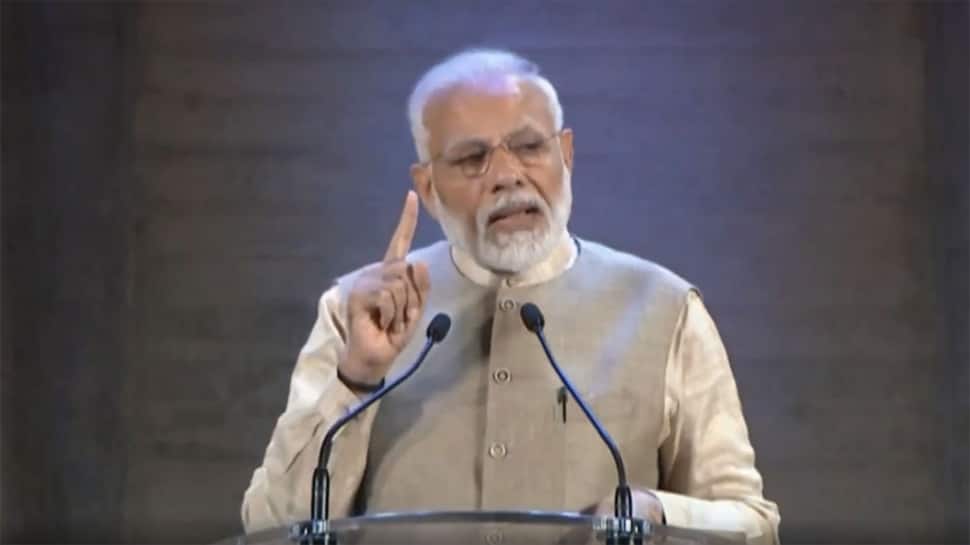 NEW DELHI: Prime Minister Narendra Modi on Friday said that the friendship between India and France is unbreakable and the two nations have shown the strength on every stage. Addressing the Indian community at UNESCO Headquarters in Paris, PM Modi said India and France have a century-old friendship and asserted that he was dedicating "this day to friendship".

"The friendship between the two countries are not based on selfishness, it is based on liberty equality and fraternity," the Prime Minister said.

PM Modi is in France as part of his three nation five-day visit scheduled between August 22 and 26.

From France, he will travel to the United Arab Emirates (UAE) and Bahrain before returning to Paris for the G7 Summit.

Here are his top quotes: -

-I salute all those including the great Indian nuclear physicist Homi Bhaba, who lost their lives in the two crashes( Air India plane crashes, in 1950 and 1966 in France's Saint Gervais).

-Ties between India and France are centuries old.

-India will lead the world in the 21st century.

-France is a football-loving nation. I have come to a nation of football lovers, you very well know the importance of a goal, that is the ultimate achievement

-We are building a 'New India', which the world will be proud of.

-We did away with the practice of triple talaq; injustice cannot be done to Muslim women in new India. The country is moving fast on the path of development.

-Today in the 21st century we talk of INFRA. I would like to say that for me it is IN+FRA, which means the alliance between India and France.

-I am not a leader who forgets his promises.

-Within 75 days of the new Govt coming to power, we took many strong decisions.

-In the last 5 years, we set goals which were earlier considered impossible to fulfil.

-In new India, the way in which action is being taken against corruption, nepotism, the loot of people's money, terrorism, this has never happened before.

-I was told that Ganesh Mahotsav has become an important part of Paris's cultural calendar. On this day Paris looks like a mini India, which means in some days we will hear 'Ganpati Bappa Morya' chants here as well.

-We have set some goals in the last five years which were considered impossible earlier.

-New steps are being taken not because 'Modi hai to Mumkin hai', but due to the power of 130 crore Indians.