In a letter to National Conference chief Farooq Abdullah, Lone cited a shocking reason behind quitting. He added that some constituents of the grouping had fielded proxy candidates in the district development council (DDC) election. The Gupkar Alliance comprised seven mainstream regional parties in J&K that were seeking the restoration of full statehood and special status for J&K under Article 370. 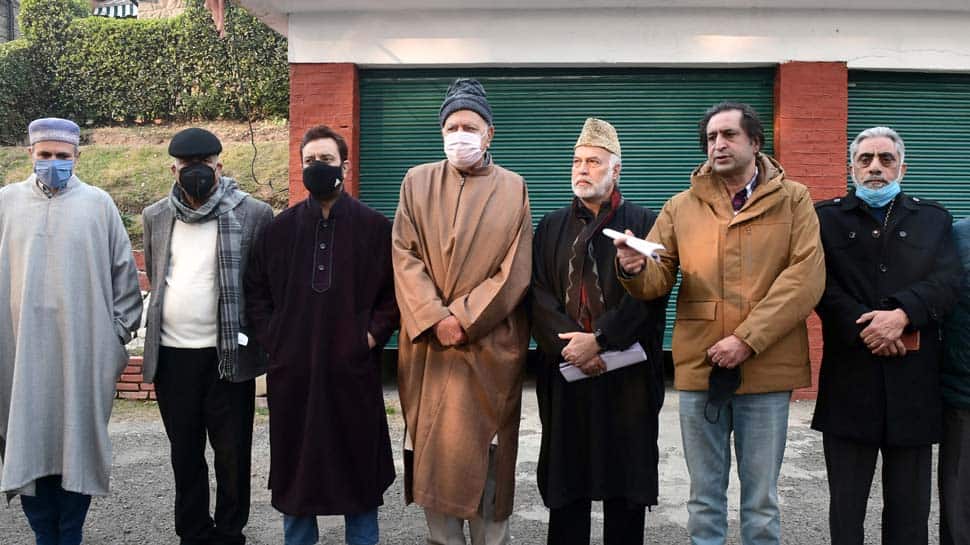 In a major setback to the People`s Alliance for Gupkar Declaration (PAGD), People's Conference chairperson Sajad Lone on Tuesday announced his party's exit from the opposition alliance over the recent District Development Council (DDC) elections in Jammu and Kashmir. The PAGD is a seven-party conglomerate.

READ | DNA Exclusive: India's minorities is its strength and Jammu and Kashmir's DDC election proves that

Sajad Lone announced the decision in a letter to PAGD head and National Conference president Farooq Abdullah. In a letter to Abdullah, Lone said that the reason behind quitting is that some constituents of the grouping had fielded proxy candidates in the District Development Council (DDC) election.

"On the face of it, PAGD won these elections unambiguously having won the maximum number of seats. We can't hide statistics and apart from the number of seats that PAGD won, other important statistical variable in the context of August 5 (Abrogation of Article 370) is the number of votes polled against the PAGD," Lone said in the letter.

He said he believes the votes polled against the PAGD are mostly those cast by proxies of PAGD constituent parties against official PAGD candidates. "And the net outcome of selectively voting for and against PAGD is a very poor vote share. This is certainly not the vote share that people of J and K deserved post-August 5," Lone said in the letter.

It stated, "I am writing to you in reference to the recently held DDC elections and a spate of statements issued by leaders belonging to our party. The recurring theme of the statements was the fielding of proxy candidates by constituent parties against officially mandated candidates of the PAGD. We convened a meeting of our leaders yesterday (Monday) and deliberated on the issue in detail."

The Gupkar Alliance comprised seven mainstream regional parties in J&K that were seeking the restoration of full statehood and special status for J&K under Article 370. National Conference President Farooq Abdullah was appointed President of the PAGD, PDP chief Mehbooba Mufti was its Vice President, Lone as a spokesperson and CPI-M leader Yousuf Taragami as convener. The flag of the erstwhile state of Jammu and Kashmir was adopted as a symbol of the alliance.

The letter further reads that in most places other parties were silent bystanders or compounded the problem by fielding proxy candidates. It claimed that J&K people knew that blinded by political greed, "we fielded candidates against each other and the question they are asking is `if we can`t trust the PAGD leadership on something as basic as a DDC seat how can we trust them for larger issues?`".

"We may have inflicted irreversible damage to ourselves and on the very people that we are supposed to represent. Trust between allying partners who have been rivals all along can be very elusive and extremely fragile. The proxies have made it perpetually elusive. This alliance needed sacrifice. Every party had to sacrifice on the ground in terms of giving space to fellow allies. No party is willing to cede space, no party is willing to sacrifice. We fought against each other in Kashmir province, not against the perpetrators of August 5. And those who perpetrated August 5 and their minions are now vocally gleeful," the letter read. It said that it was thus difficult for the Peoples Conference to stay on and pretend as if nothing had happened.

"There has been a breach of trust between partners which we believe is beyond remedy. The majority view in our party is that we should pull out of the alliance in an amicable manner rather than waiting for things to get messier. And I am confirming that we will no longer be a part of the PAGD alliance. I would, however, want to add that we are divorcing from the alliance, not its objectives. We will continue to adhere to the objectives that we set out when this alliance was made. And the PAGD leadership should be assured that we will extend support on all issues which fall within the ambit of stated objectives."