India sacrificed the most for UN's peacekeeping missions: PM Narendra Modi at UNGA 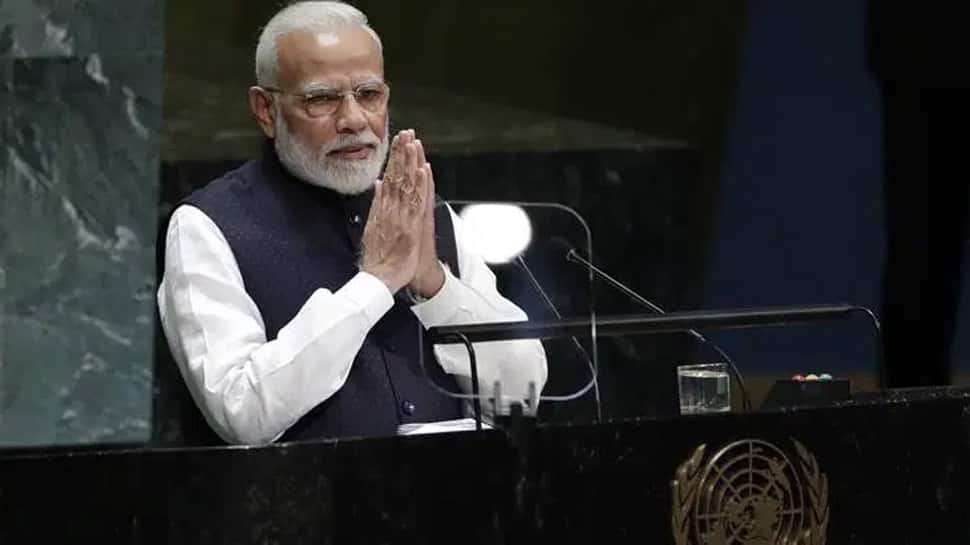 New York: India has sacrificed the most for UN`s peacekeeping missions, Prime Minister Narendra Modi said on Friday while highlighting that the country`s contribution has been immense.

The Formed Police Unit in Liberia provided 24-hour guard duty and conducted night patrols in the capital Monrovia and helped to build the capacity of the Liberian police.

Indian peacekeepers have served in some of the most physically demanding and harshest environments, including South Sudan.

They have also brought the ancient Indian practice of yoga to UN missions.Currently, there are more than 6,700 troops and police from India who have been deployed to UN peacekeeping missions, the fourth-highest amongst troop-contributing countries.

More than 160 Indian peacekeepers have lost their lives in the line of duty under the UN flag. PM Modi also called on the need to give a new direction to reform the UN system and said that multilateralism needs to be strengthened.

India has time and again called for a reform and reinvigoration of the UN Security Council, and has stressed on the role of strengthening multilateralism -- an organising principle for international cooperation.