Welcoming PM Modi on his arrival in Israel, Benjamin Netanyahu on Tuesday termed the friendship between their two countries as 'natural'. 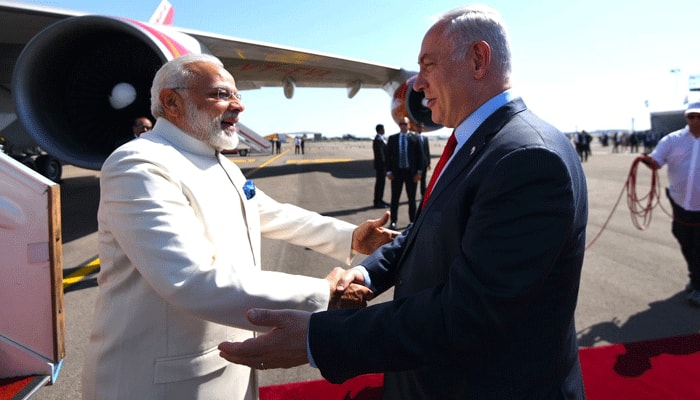 Israel rolled out a red carpet welcome as the Air India One aircraft landed at Tel Aviv's International Airport on a warm afternoon with Israeli Prime Minister Benjamin Netanyahu setting aside protocol and receiving PM Modi with a handshake and a hug.

In his welcome address, Netanyahu said Israel has been waiting for a long time for this visit. 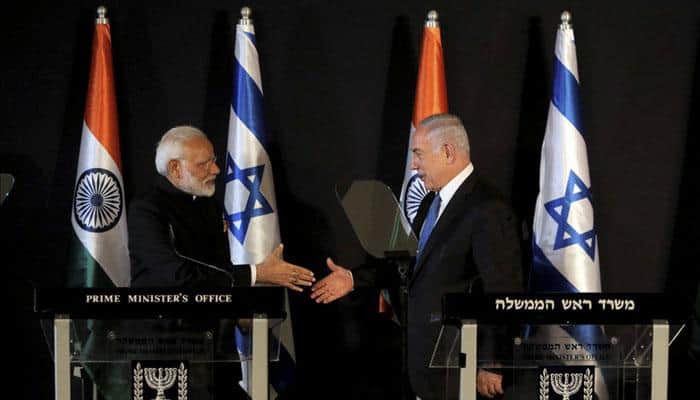 "Apka swagat hai mere dost. We have been waiting almost 70 years, in fact, because your's is a truly historic visit. It is the first time that an Indian Prime Minister is visiting Israel. We receive you with open arms. We love India. We admire your culture, your democracy and your commitment to progress," he said. 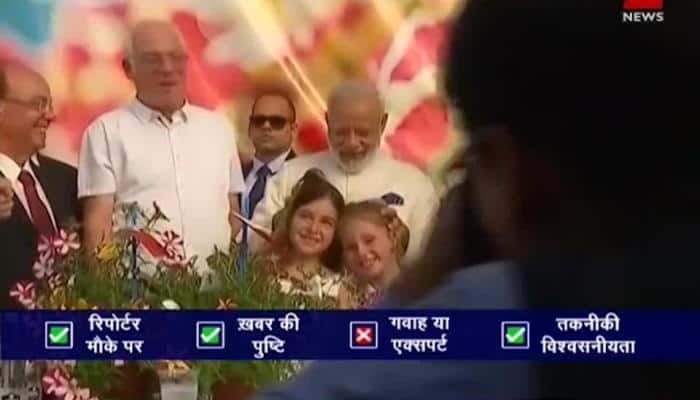 Recalling his first meeting with PM Modi three years ago at the United Nations, Netanyahu said both of them agreed to breakdown the remaining walls between India and Israel.

"We shook each others' hand and forged a historic relationship. We met again in Paris and since then we have spoken many times on the phone. But I remember my friend what you said in that first meeting," he said.

"You said when it comes to India-Israel relations, the sky is the limit. But actually my friend the sky isn't the limit because today even our space programmes are working towards reaching even greater heights," the Israeli PM added.

He said that the ties between the talented and innovative peoples of both the countries is natural.

"It is so natural that we can ask what took so long for them to blossom. Well, it took a meeting of minds and hearts. it took a commitment of our governments we have that today," he also said.

"We are setting up a $40 million innovation fund as the seed for even greater cooperation on technology between us," he said, as per IANS.

Hailing PM Modi as a great leader of India and a great world leader, Netanyahu said, "Your visit to Israel is a testimony to that."

Speaking later, PM Modi said, "It is my honour to be the the first ever Indian Prime Minister to undertake this ground-breaking visit to Israel."

He said his visit was about the strength of the two societies and their strong partnership.

"Building a strong and resilient relationship with Israel will be my intent and focus. We have to secure our societies against the common threat of terrorism," PM Modi said.

"Together, we can do even more and even better (for India-Israel ties)," he added.

Noting that India is an old civilisation but a young nation, PM Modi said, "We have a talented and skilled youth, who are our driving force."

Describing Israel as an "important development partner", he said, "This is an exciting journey that we will undertake together, for the good of our people and our society," as per PTI.

PM Modi said his visit celebrates the strength of centuries-old links between the two societies and "based on these bonds, our partnership has mantained a strong and sustained upswing since the establishment of full relationship, diplomatic relations, 25 years ago."

Earlier, the two leaders inspected a guard of honour by Israeli defence forces in honour of PM Modi.

Netanyahu introduced his ministers, officials, including the present and former ambassadors of Israel in India and his National Security Advisor.

From the airport, PM Modi visited the  Danziger flower farm in Moshav Mishmar Hashiva along with Netanyahu and Agriculture Minister Uri Ariel to learn about latest innovations and advancements in floriculture.

The farm, about 56 km from Jerusalem, is one of Israel's leading floriculture companies with approximately 80,000 square meters of state-of-the-art greenhouses specialising in reproduction of plants.

The farm named a breed of chrysanthemum after PM Modi.

He also visited the Yad Vashem Memorial Museum to honour the memory of the victims of the holocaust that counts among the greatest tragedies in human history.

The museum occupies over 4,200 square metres - mainly underground - and emphasises the experiences of the individual victims through original artifacts, survivor testimonies and personal possessions.

The Holocaust was the killing of nearly six million Jews, including some 1.5 million children, by Adolf Hitler's Nazi Germany. Though the persecution of Jews began in 1933, the mass murder was committed during the more than four years of World War II.

Shalom, I am happy to be here, says PM Narendra Modi in Israel - Watch his full speech here