Earlier in May, the crop-destroying swarms had rattled Rajasthan, Punjab, Gujarat, Maharashtra and Madhya Pradesh. 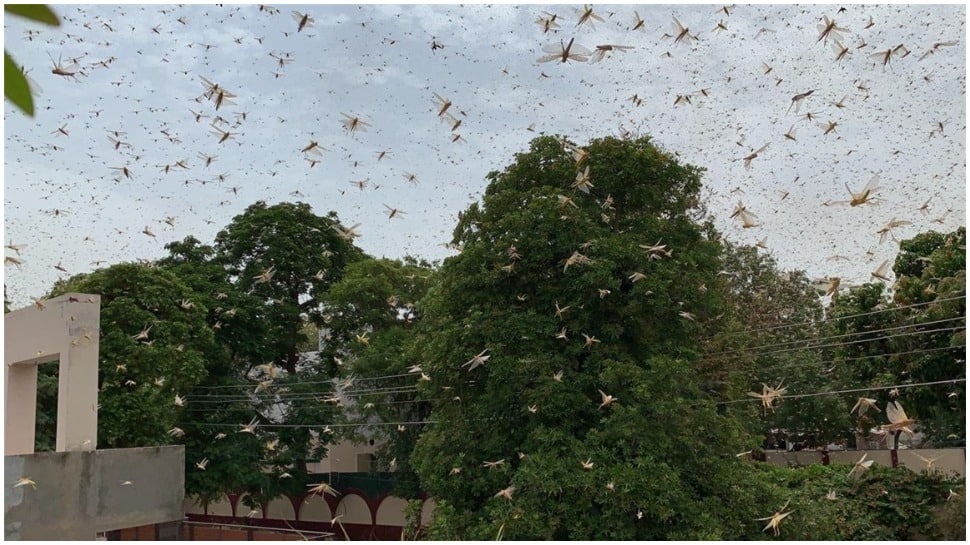 In the national capital, the south and west districts have been put on high alert and the Development Secretary, Divisional Commissioner and Director Agriculture & Horticulture have been ordered to take necessary steps.

The Krishi Vigyan Kendra in Delhi issued precautionary measures that may keep the swarms of locusts away from the fields. The following are the measures that the farmers can take:

- Beat utensils to make clanging noises to keep the insects away from the fields.

- Make drains on the edge of the field and fill it with water.

- Use the light trap.

- Burn dried chilli that helps in producing a poisonous smell and the swarms of locusts run away from it. You can also try burning the chilli powder with grass and add some oil to it.

- You can also try lighting up a fire so that the smoke can keep away the insects from the fields.

Notably, the swarms of locusts that are usually in lakhs cover around 100-150 km in a day and on average, one swarm of locusts eat the food of over 10 elephants, 25 camels, and 2,500 people in a day. Locusts usually take shelter on trees from sunset to sunrise.

Earlier in May, the crop-destroying swarms had rattled Rajasthan, Punjab, Gujarat, Maharashtra and Madhya Pradesh.