Local train and bus services in Mumbai took a hit on Saturday due to heavy rains and thunderstorms which waterlogged major sections of train tracks and roads. The India Meteorological Department (IMD) and Brihanmumbai Municipal Corporation (BMC) issued warnings. 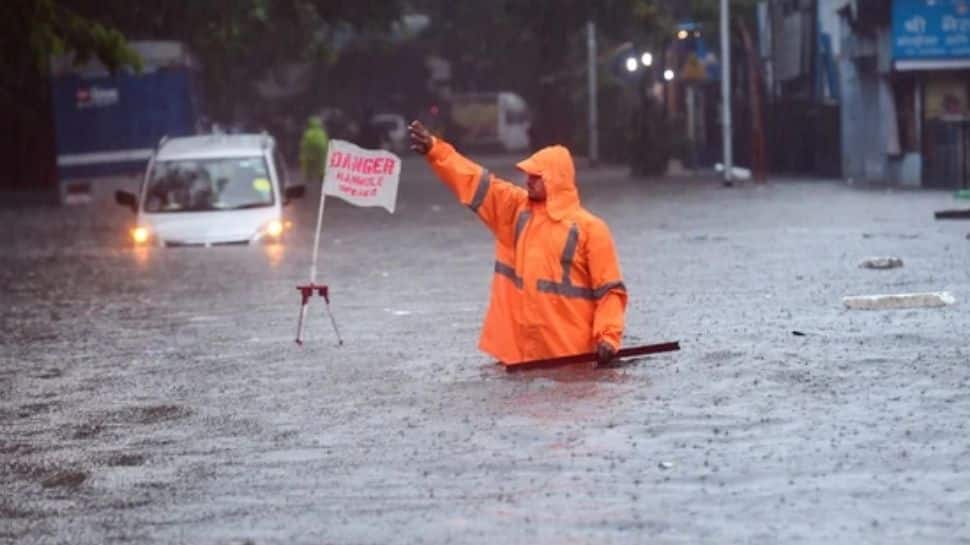 New Delhi: Mumbai local train and bus services took a hit on Saturday (June 12, 2021) due to the incessant rainfall in the city over the past few days. The disruption was a result of heavy rains, coupled with thunderstorm and strong winds which waterlogged major sections of train tracks and roads.

A Central Railway spokesperson said “the suburban train services between Dadar and Kurla stations on the mainline were suspended after the water rose above the track level, while a Brihanmumbai Electric Supply and Transport (BEST) official said that several of its buses had to be diverted due to water-logging at some points.”

Saturday morning, the India Meteorological Department (IMD) had issued a thunderstorm warning for a few districts in Konkan region, including Mumbai, for the next three hours from that time.

The Brihanmumbai Municipal Corporation (BMC) had also warned the residents of the city on Saturday morning. "Good Morning Mumbai. Heavy rainfall expected in the city today, tomorrow as well as day after. We request you to not venture out especially near the sea. Stay tucked in and safe at home," BMC tweeted in the morning.

"Thunderstorms accompanied with lightning and moderate to intense spells of rain with gusty winds 30-40 kmph are likely to occur at isolated places," the IMD said in its warning for Mumbai, Thane, Palghar, Raigad and Ratnagiri districts of Konkan.

IMD had earlier issued an ‘orange alert' for Mumbai for Saturday. An orange alert implies that authorities should be prepared to handle any situation arising out of severe weather conditions.

The Central Railway official said, "Due to more than 61.21 mm rainfall in the last one hour, coupled with a high tide of 4.34 metres at 1.32 pm and closing of Mithi river floodgates, the water level has been rising on track between Kurla and Sion.”

“The suburban services on the Harbour line also slowed down due to water-logging on tracks near Chunabhatti station as a result of "extremely heavy rain", he said.

“Trains have been running at a restricted speed for safety reasons. The operations of local trains on other sections of the main line and other routes, including the Thane-Vashi line, are normal,” he added.

The BEST spokesperson said the undertaking diverted its buses on at least 17 locations due to waterlogging on roads. Mumbai has been witnessing heavy rains since Wednesday.

Help just a click away: Telangana to give COVID orphans mobile phones uploaded with emergency numbers