The prime minister was addressing a rally in Sultanpur after inaugurating the 341-km long Purvanchal Express. 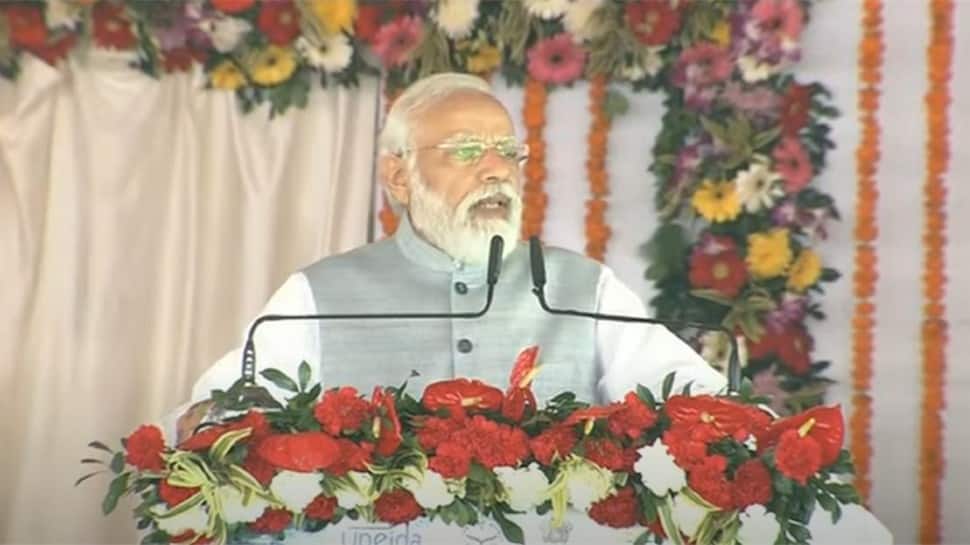 Sultanpur: Prime Minister Narendra Modi on Tuesday launched a blistering attack on opposition parties and said the previous governments in Uttar Pradesh led by them reduced the state's vital eastern part to "mafiawaad" and poverty, but the BJP government is now writing a new chapter of development.

The prime minister was addressing a rally in Sultanpur after inaugurating the 341-km long Purvanchal Express.

He said that development under previous chief ministers was limited to places where they had homes and families, but the present regime is giving fruits of developments to the eastern region as good as to the western part of Uttar Pradesh.

The previous governments reduced the vital eastern part of the state to "mafiawaad" and poverty, but the BJP government is now writing a new chapter of development, he said.

The prime minister said the six-lane expressway will serve as the lifeline of the eastern region and give a big push to economic development of the region and the state.

The state goes to assembly polls early next year.

The 341-km expressway links state capital Lucknow with Ghazipur and has been constructed at an estimated cost of Rs 22,500 crore.

Modi landed on the Purvanchal Expressway airstrip in a military transport aircraft.

The 3.2-km airstrip has been constructed on the expressway to facilitate emergency landing of fighter aircraft.

How to get over delay in marriage problem