Prime Minister Narendra Modi and US President Joe Biden are expected to deliberate on ways to bolster bilateral ties in trade, investment and defence and security in their in-person talks in Washington. 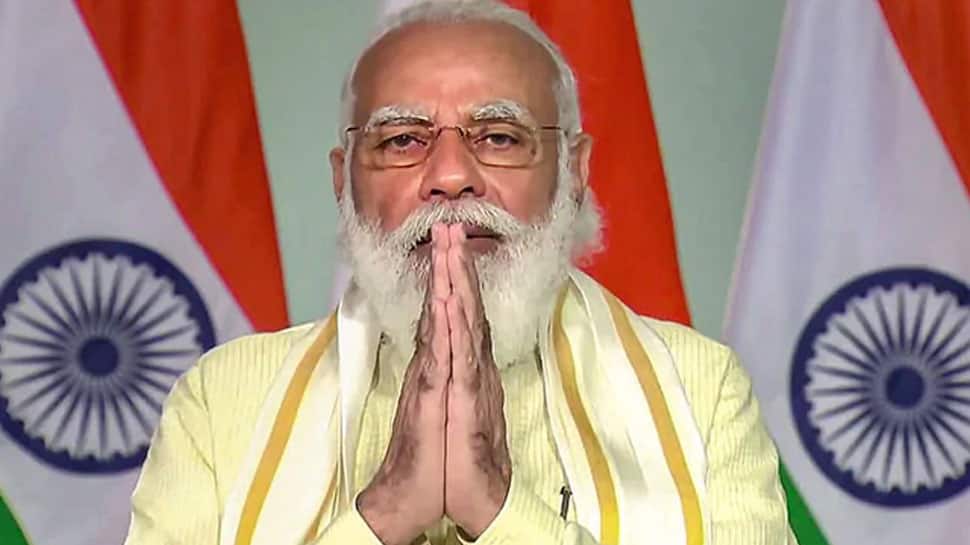 PM Modi will be accompanied by a high-level delegation including the External Affairs Minister S Jaishankar and National Security Advisor Ajit Doval.

Briefing media in New Delhi on Tuesday, Foreign Secretary Harsh Vardhan Shringla had said, during the QUAD Summit, Prime Minister Narendra Modi and US President Joe Biden are expected to deliberate on ways to bolster bilateral ties in trade, investment and defence and security in their in-person talks in Washington.

He said the bilateral talks between Prime Minister Modi and US President Biden are expected to figure ways to deal with radicalisation and terrorism besides major regional issues including developments in Afghanistan. PM Modi will also meet US Vice President Kamala Harris.

Replying to a question on the recent security partnership among the US, Australia and the UK and its possible impact on Quad, Shringla said the AUKUS and Quad are two groups and not similar in nature.

Shirngla said, besides holding bilateral talks with the US leaders, the prime minister will participate in the first in-person summit of the Quad in Washington that is expected to broadly focus on contemporary global and regional issues.

He said, PM Modi will have bilateral meetings with his Japanese and Australian counterparts. Shringla said, the Quad Summit is expected to provide a valuable opportunity for dialogue and interactions among the leaders, anchored in their shared vision of ensuring a free, open and inclusive Indo-Pacific region.

In reply to a question, the Foreign Secretary said, the non-recognition of Covishield is a discriminating policy and impacts our citizens travelling to the UK. He said that the External Affairs Minister has raised the issue strongly with the new UK Foreign Secretary and assurances have been given that this issue will be resolved.

India under PM Modi, he said, has emerged as a strong economic power in the world. Companies are not only looking at it as an investment destination but also a large number of Indian startups are turning into unicorns, said Rangaswami.

The Prime Minister, who would be on a three-day visit to the US, starting Wednesday, is also expected to meet top leaders of the American corporate sector. Because of the ongoing COVID-19 restrictions, the Prime Minister is unlikely to address a major gathering of the community or a collective meeting of the corporate leaders.

Instead, his meetings in Washington this time are expected to be short and at an individual level or at the most in small groups. Welcoming the visit, Ajay Bhutoria, South Asian community leader noted that this was a "very significant step" in further strengthening India US Bilateral relationships.

This visit becomes even more important with the situation in Afghanistan unfolding rapidly, he said. A group of community leaders are planning to welcome the Prime Minister at the airport and also in the city hotel where he is likely to stay.