On January 27, the scheduled hearing for January 29 was cancelled by the top court as one of the five judges of the Constitution Bench, Justice S A Bobde, was not available on that day. 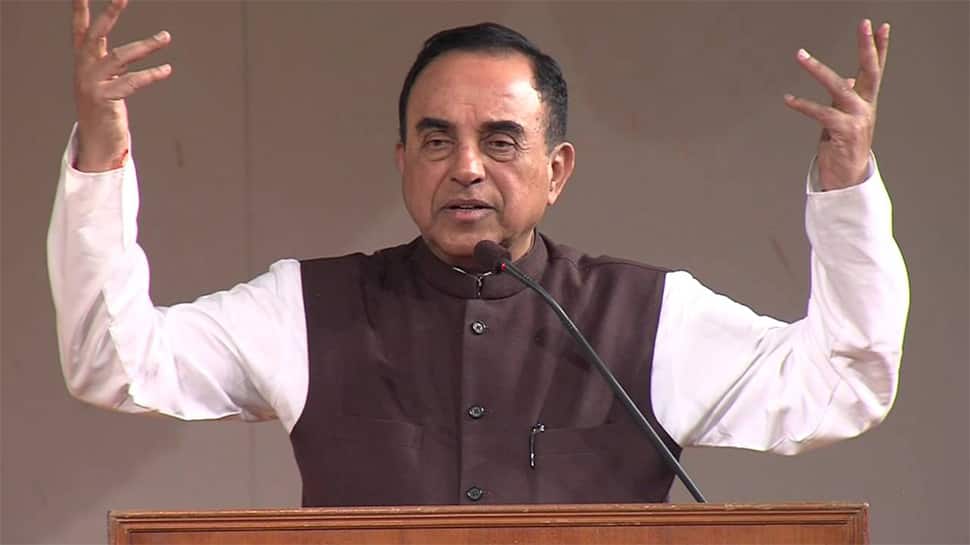 NEW DELHI: BJP leader and Rajya Sabha MP Subramanian Swamy on Monday mentioned before Supreme Court his plea that he has a fundamental right to offer prayer at the site of Ram Mandir-Babri Masjid in Ayodhya, Uttar Pradesh.

Subramanian Swamy mentions before Supreme Court his plea that he has a fundamental right to offer prayer at the site of Ram Mandir-Babri Masjid, Ayodhya. CJI Gogoi asks him to be present in court tomorrow during the hearing of the Babri Masjid-Ram Janmabhoomi land dispute case.

A bench comprising Chief Justice Ranjan Gogoi and Justice Sanjiv Khanna asked Swamy to remain present in the court on Tuesday when the five-judge bench constituted to hear the Ayodhya case will take up the matter.

Swamy, however, mentioned the matter for urgent listing and requested the bench that his plea should be heard separately. But the CJI, who is heading the five-judge bench constituted to hear the Ayodha case, rejected his request and asked him to appear before the SC on Tuesday during the hearing of the contentious land dispute case.

It may be recalled that Swamy had moved the SC last year over his plea seeking enforcement of the right to pray at the controversial site.

Earlier on July 3, 2018, Swamy's plea over the fundamental right to worship at Ayodhya site was rejected by the apex court. At that time, the top court had asked him to mention it 'later on'. "You mention it later on," the bench had said.

On February 20, the SC had said that it will hear Ayodhya's Ram-Janmabhoomi Babri Masjid land dispute matter on February 26.

On January 27, the scheduled hearing for January 29 was cancelled by the top court as one of the five judges of the Constitution Bench, Justice S A Bobde, was not available on that day.

It is expected that on Tuesday, the SC bench will hear the appeals against the 2010 Allahabad High Court judgment in which the 2.77-acre land in Ayodhya was divided equally among three parties -- the Sunni Waqf Board, the Nirmohi Akhara and Ram Lalla by the court. The verdict was delivered by Allahabad HC after hearing four civil suits.

It is interesting to note that few weeks ago a plea was filed by the Central government in the SC seeking permission for the release of 67 acres of excess vacant land acquired around the disputed Ayodhya site. In its petition, the Centre had urged that the surplus land be handed over to Ram Janmabhoomi Nyas, a trust formed to promote and oversee the construction of the Ram temple in Ayodhya.