She also said that the BSP will fight solo in Uttarakhand Assembly Elections. 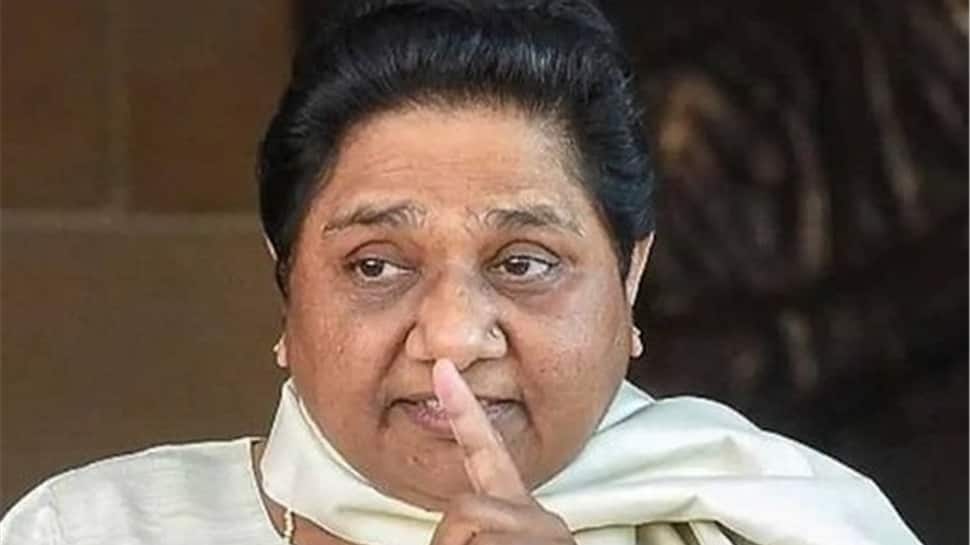 New Delhi: Mayawati on Sunday (June 27, 2021) refuted the reports that Bahujan Samaj Party (BSP) will tie up with Asaduddin Owaisi's AIMIM in the Uttar Pradesh Assembly Elections 2022 and said that the party will fight alone.

Mayawati took to her official Twitter account and said, "This news is being broadcast in a media news channel since yesterday that the AIMIM and BSP will fight the upcoming assembly elections in UP together. This news is completely false, misleading and factless."

The former Uttar Pradesh Chief Minister added that except Punjab, BSP will not come into any alliance with any party in UP and Uttarakhand.

This is to be noted that Sukhbir Singh Badal and Mayawati have formed an alliance for the 2022 Punjab Assembly polls, wherein, the Shiromani Akali Dal (SAD) will contest on 97 seats, while the BSP will fight contest in 20 out of the 117 seats.

Mayawati further informed that in view of such misleading news about the party, BSP's National General Secretary and Rajya Sabha MP Satish Chandra Misra has been made the National Coordinator of BSP's Media Cell.

"I appeal to the media that before writing, showing and publishing any such misleading and false news regarding Bahujan Samaj Party, please make sure you seek the right information from Mishra first," Mayawati said.

Earlier on June 22,  All India Majlis-e-Ittehadul Muslimeen (AIMIM) state president Shaukat Ali had announced that they have made up their mind to contest on 100 Muslim majority seats in Uttar Pradesh.

"There has also been a discussion about a possible alliance with like-minded parties. Although no final decision has been taken on this yet, the doors of both SP and BSP are open for us," Ali had said.

In 2017, AIMIM had fielded their candidates on 38 seats in the assembly elections but couldn't open their account.

The BSP's strength in the state assembly currently stands at seven and the party has been whittling down since it was voted out of power in 2012 by the Samajwadi Party. It had won 206 seats in 2007 in the 403-members state assembly but came down to just 80 seats in the next polls.

In the past few months, the BSP has also lost 11 legislators -- all of whom were either suspended or expelled by Mayawati. These include former state president Ram Achal Rajbhar and leader of the BSP legislature party Lalji Varma.

Akhilesh Yadav had also earlier said that the Samajwadi Party will not form an alliance with the Congress or Bahujan Samaj Party. Yadav had said that SP will not tie up with any major political parties but would go with smaller regional parties.