As per sources, the names of Gujarat Deputy CM Nitin Patel, state agriculture minister RC Faldu, Union ministers Purshottam Rupala and Mansukh Mandaviya are under consideration as the next Gujarat CM. 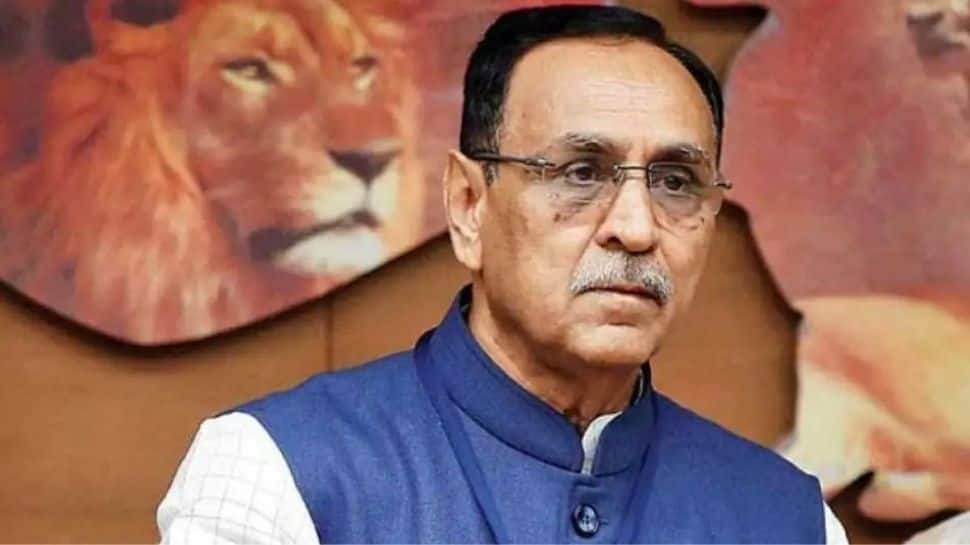 New Delhi: Gujarat Chief Minister Vijay Rupani’s sudden resignation on Saturday (September 11) has led to speculations about faces who can bag the top job. From Gujarat Deputy CM to Union Ministers, several names are doing rounds to be the head of the state government. A decision on the same is reportedly likely to be taken on Sunday after the meeting of BJP MLAs.

BJP sources told the news agency that MLAs have been asked to reach the state capital by Saturday night. After the resignation of Vijay Rupani, senior Gujarat BJP leaders met at the party office in Gandhinagar today.

Earlier in the day, Rupani met state Governor Acharya Devvrat and tendered his resignation as Gujarat CM. "To further develop the state, with new energy and power, I have decided to resign as Chief Minister," he told the reporters.

The development comes over a year before elections to 182-member Gujarat Assembly are due. With his resignation, Rupani became the fourth BJP’s chief minister to be replaced in the last six months. Earlier, Trivendra Singh Rawat and Tirath Singh Rawat in Uttarakhand and BS Yediyurappa in Karnataka were replaced from the CM posts.

Who will be the next Gujarat CM?

As per PTI sources, the names of Gujarat Deputy CM Nitin Patel, state agriculture minister RC Faldu, Union ministers Purshottam Rupala and Mansukh Mandaviya are under consideration as successors of Rupani. "Names of Patel, Faldu, Rupala and Mandaviya are being discussed. But it is impossible to say who will be the chief minister as the decision will be taken by Prime Minister Narendra Modi,” PTI quoted a BJP leader as saying.

Taking a dig at the saffron party over the developments, Congress chief spokesperson Randeep Singh Surjewala, tweeted, "Two things stand out today - 1) Deep-seated infighting in all BJP ruled states, be it Gujarat, Rajasthan, UP, MP, Assam or Haryana. 2) 'Bhakt' media remains oblivious to fratricidal wars in the BJP, for their only mandate is to focus on opposition ruled states."

If their anointed CM, Sh. Vijay Rupani has failed #Gujarat & its people after 5 years, onus must lie at the doorsteps of Modiji.

Attacking Prime Minister Narendra Modi, he added, "This show failure of PM’s & HM’s leadership. If their anointed CM, Sh Vijay Rupani has failed #Gujarat & its people after 5 years, onus must lie at the doorsteps of Modiji. Time to rid Gandhi-Patel`s `Karambhoomi` of the machiavellian BJP & its leadership."

Mocking BJP, AAP said that the saffron party had to change its CM in two states after they appeared as a strong alternative. "AAP enters Uttrakhand, presents a robust and effective opposition to ruling BJP. BJP was compelled to remove its CM. AAP breaches BJP's citadel, wins 27 seats in Surat, captures the space of opposition in Gujarat dislodging ineffective Congress. BJP forced to remove its CM," AAP leader Raghav Chadha tweeted.