Who is Disha Ravi; all you need to know about activist arrested by Delhi Police

Activist Disha Ravi was picked up from her house for questioning and later arrested, on Sunday (February 14, 2021). A senior police officer said that this was the first arrest in connection with ‘toolkit case’. 'toolkit' is a term activists use for a campaign information document. 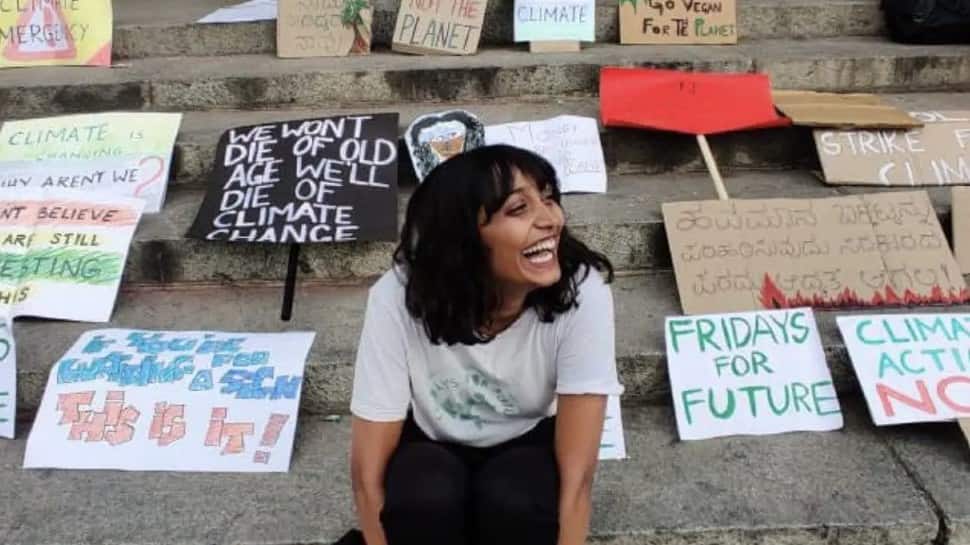 Disha Ravi, a 22-year-old climate activist, was recently arrested by the Cyber Cell team of Delhi Police from Bengaluru for allegedly sharing with Greta Thunberg the ‘toolkit’ related to the farmer’s protest against the Centre’s three farm laws.

On Sunday (February 14, 2021), the activist was picked up from her house for questioning and later arrested. A senior police officer said that this was the first arrest in connection with ‘toolkit case’. 'Toolkit' is a term activists use for a campaign information document.

Disha Ravi, as claimed by the police force, was an editor of the 'toolkit Google doc' and 'key conspirator' in the document’s formulation and dissemination.

The police also said that Ravi and others “collaborated with pro-Khalistani Poetic Justice Foundation to spread disaffection against the Indian State.”

The Delhi Police took to Twitter and stated that Ravi was the one who shared the toolkit document with Greta Thunberg, a teen climate activist, who had shared the toolkit to lend her support to the farmers’ agitation against the three farm reform laws.

Disha Ravi is a graduate in Bachelor of Business Administration (BBA) from Mount Carmel College in Bengaluru. On her social media handles, she has described herself as co-founder of a group named ‘Fridays For Future India’.

She regularly writes columns and articles in leading news portals on climate action and is a familiar name in important climate forums frequented by youth activists across the globe.

In an interview with Auto Report Africa in 2020, Ravi spoke about how she found her passion for climate activism and said, “My motivation to join climate activism came from seeing my grandparents, who are farmers, struggle with the effects of the climate crisis.”

“At the time, I wasn’t aware that what they were experiencing was the climate crisis because climate education is non-existent where I’m from. Only when I did my research, did I find out about it,” she added.

Disha’s role came under suspicion by Delhi Police after climate activist Greta Thunberg tweeted a toolkit document which the police alleged had led to the January 26 violence in New Delhi.  Without naming Thunberg in the FIR,  the Delhi Police went ahead to register the case against the authors of the toolkit.