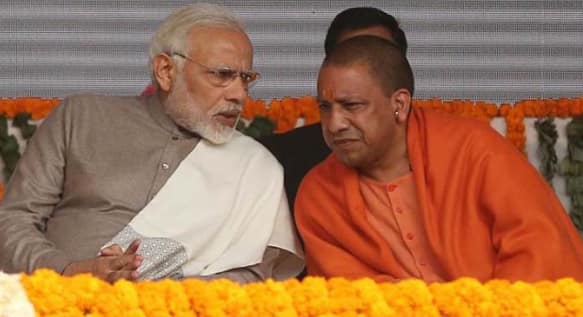 New Delhi: A day after the BJP-JD(U) alliance won assembly polls in Bihar, the BJP's general secretary and the state in-charge Bhupender Yadav on Wednesday (November 11) said that Prime Minister Narendra Modi's credibility was the biggest factor behind the NDA's victory in the polls, along with the guidance of senior union Minister Amit Shah and on-ground presence of the party president JP Nadda also made a significant contribution.

PM Modi held 12 rallies in just four days ahead of the three-phase Bihar elections. On October 23, he addressed public rallies in Sasaram, Gaya and Bhagalpur, besides addressing rallies at Darbhanga, Muzaffarpur, and Patna ahead of October 28, which was the first polling phase in Bihar. 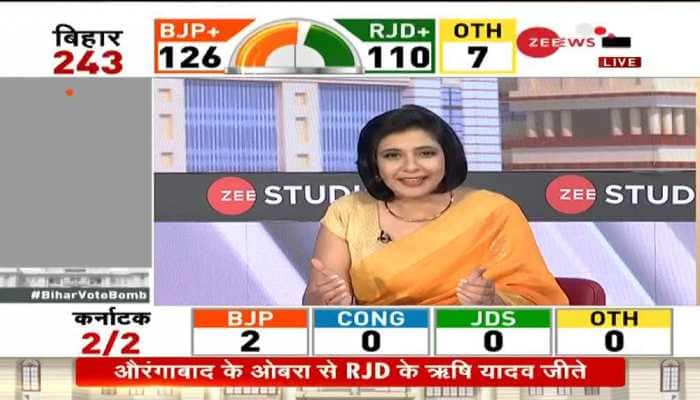 Ahead of the second phase of polling on November 3, the Prime Minister addressed rallies in east Champaran, Chhapra, and Samastipur on November 1. He also addressed public meetings in west Champaran, Saharsa, and Forbesganj. The NDA candidates won most of the 101 Assembly seats in Bihar where Modi campaigned, said an IANS report.

On the other hand, the UP Chief Minister held 19 rallies in 17 districts, while he was busy with by-elections in seven Assembly seats in his home state. The NDA candidates also won in the majority of 19 assembly seats where Yogi Adityanath campaigned for chief ministerial face Nitish Kumar.

Many strongholds of opposition Mahagathbandhan were swept away by the Yogi wave, which proved a masterstroke, and it was visible in more than 75 Assembly constituencies in 17 districts of Bihar.

Launching a direct attack on the Grand Alliance by calling it the hub of `Jungle Raj` and `corruption`, Yogi raised issues like the Ram temple construction in Ayodhya and the abrogation of Article 370 of the Consitution in Kashmir during his public rallies in Bihar.

The UP Chief Minister held public rallies at Kaimur, Karakat, Jamui, Tarari, and Paliganj on October 20 and 21, to push the opposition on the back foot.