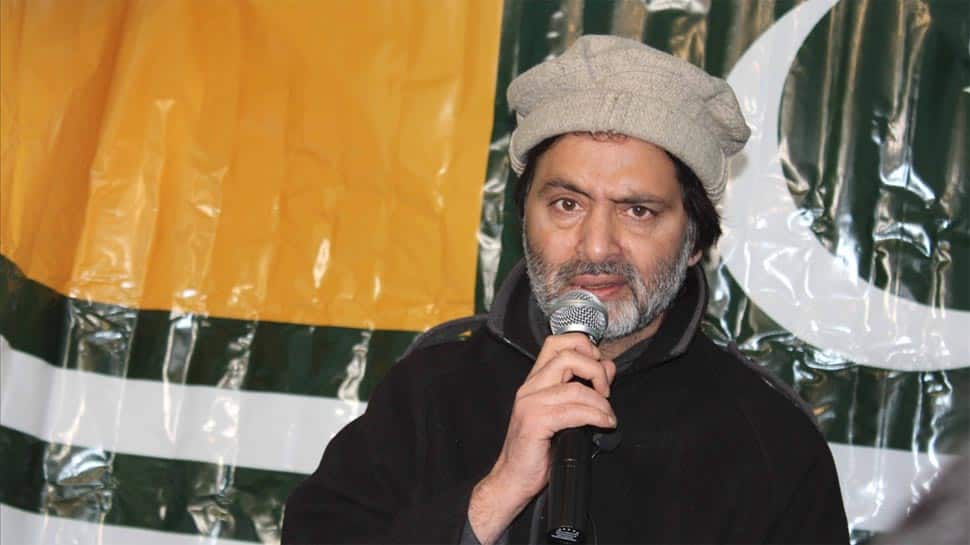 NEW DELHI: Yasin Malik-led Jammu Kashmir Liberation Front (JKLF), one of the terrorist organisations active in the state advocating against India, has been banned by the Centre. The decision to ban JKLF under the Unlawful Activities (Prevention) Act was taken on March 22, Friday, which is also the Pakistan Day or Pakistan Resolution Day, in a meeting of the Cabinet Committee on Security (CCS) chaired by Prime Minister Narendra Modi.

Announcing the decision to ban JKLF, Union Home Secretary Rajiv Gauba said the terrorist group has been active in Jammu and Kashmir since 1988. It had taken part in several attacks on Kashmiri Pandits and government agencies including the security forces. The organisation has been named in 37 FIRs and it is being investigated in several cases by Jammu and Kashmir police and the National Investigation Agency.

Yasin Malik, a former terrorist, was arrested on February 22 in a late night raid, days after the Pulwama attack that claimed the lives of over 40 Central Reserve Police Force (CRPF) jawans. He was booked under the Public Safety Act and shifted to Jammu's Kot Balwal jail.

Yasin Malik is an accused in several heinous cases including the killing of four unarmed Indian Air Force officers in January 1990 in Srinagar. The IAF officers were shot dead in Srinagar's Sannat Nagar on January 25, 1990.

JKLF was founded by Amanullah Khan and Maqbool Bhat in United Kingdom's Birmingham in June 1976 and advocated violent rebellion against India in Jammu and Kashmir. The organisation gave up armed rebellion in 1994 but continued to organise protests against India in the state.

In February 2019 the Centre had banned the Jamaat-e-Islami Jammu and Kashmir.