Counting of votes began at five centres, one each in five constituencies, at 8 am on Tuesday morning. 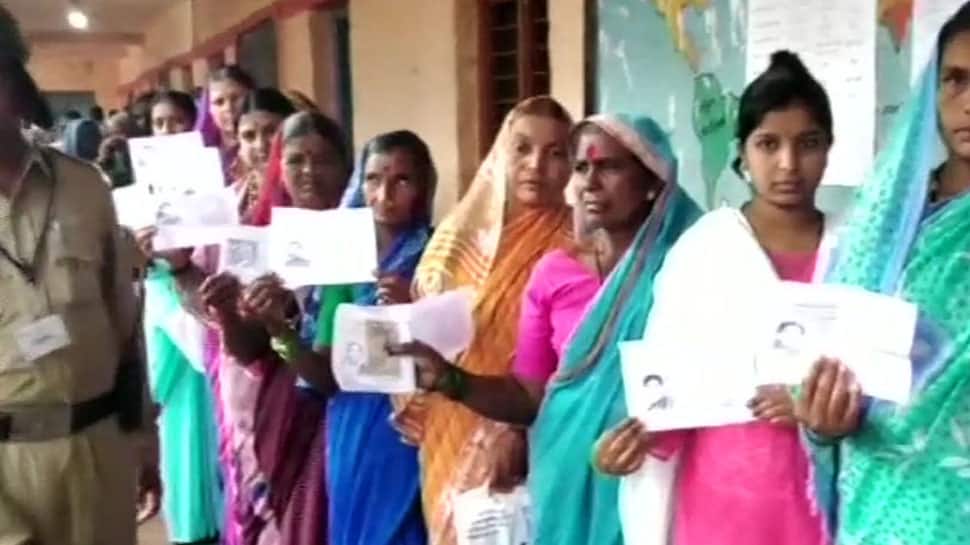 BENGALURU: The Karnataka bypoll results for three Lok Sabha seats – Shivamogga, Ballari and Mandya, and two assembly constituencies of Jamakhandi and Ramanagara will be declared by Tuesday evening.

An estimated 67 per cent voter turnout was recorded in the bypolls for the five constituencies.

Counting of votes began at five centres, one each in five constituencies, at 8 am on Tuesday morning. A total of 1,248 counting staff deployed.

The results of the bypolls are being viewed as a litmus test for the ruling Congress-JDS alliance and Opposition BJP. A total of 31 candidates were are contesting from all the five constituencies.

Elaborate security arrangements have been made to ensure to that no untoward incident takes place during the counting of votes, police officials said.

Police have been deployed around the counting centres and strongrooms where the EVMs are placed, they said.

Kumaraswamy's wife is expected to win the Ramanagara seat vacated by her husband, after BJP nominee L Chandrashekhar withdrew from the contest and rejoined the Congress.

In Jamkhandi, the contest is between Congress' Anand Nyamagowda and BJP's Srikant Kulkarni .

While in Shivamogga, Yeddyurappa's son B Y Raghavendra is testing his fortunes against another former chief minister S Bangarappa's son Madhu Bangarappa of the JD(S), in Ballari, senior BJP leader Sriramulu's sister J Shantha is fighting against V S Ugrappa of the Congress, considered an outsider.

In the Vokkaliga bastion of Mandya, JD(S)'s Shivarame Gowda, is pitted against a fresh face in Dr Siddaramaiah, a retired Commercial Tax officer from the BJP.

The by-polls results are being seen as a prelude to the upcoming general elections in 2019.