All eyes on Ayodhya as PM Modi, Akhilesh, Mayawati to address rallies here

While PM Modi will address a rally in Gosainganj, Akhilesh and Mayawati will be at Ramsanehi Ghat. 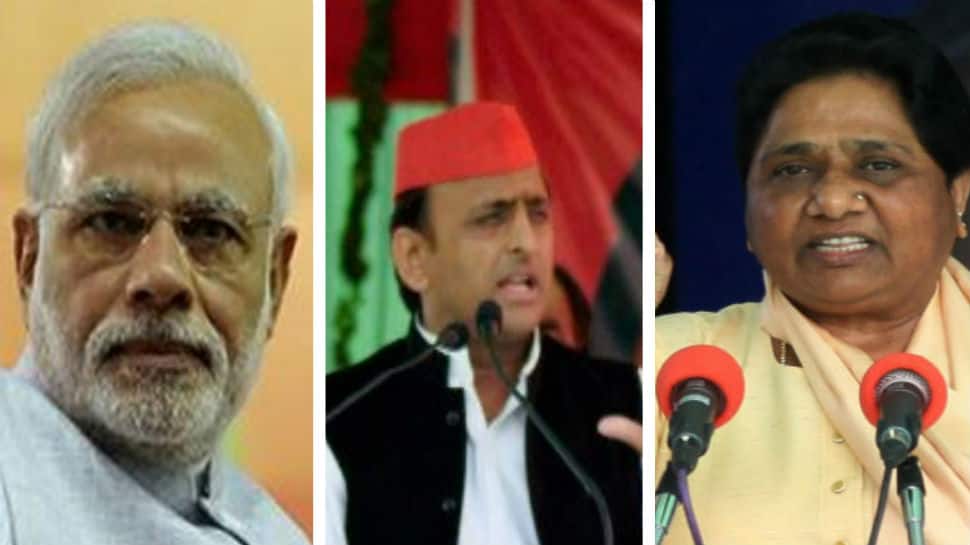 New Delhi: Wednesday is all set to put the election focus on Ayodhya with Prime Minister Narendra Modi and his main adversaries in UP - Akhilesh Yadav and Mayawati - scheduled to address poll rallies here.

PM Modi will be in Maya Bazar in Gosainganj, which is 27 kilometres from the main city of Ayodhya, to address an election rally. This area falls under the Ayodhya district although it votes for the Ambedkar Nagar Lok Sabha seat which votes in the sixth phase - on May 12. And while the Bharatiya Janata Party has always attached vital importance to the cause of construction of Ram Temple in Ayodhya, PM Modi has so far spoken mainly about development, action on terror and Congress' inabilities in all his rallies. Whether he would now choose to put the focus on Ram Janmabhoomi at his rally near Ayodhya remains to be seen.

While this would be PM Modi's first visit to Ayodhya in the last five years, both Akhilesh and Mayawati would be hoping to take the spotlight away from him.

The former political rivals in UP have combined forces for Lok Sabha election 2019 and are scheduled to address a public rally at Ramsanehi Ghat on Wednesday afternoon. This area falls under Ayodhya assembly segment which forms a part of Faizabad Lok Sabha constituency. Voting here is in the fifth phase - on May 6.

Both Akhilesh and Mayawati have been relentless in their attack against the BJP and the Narendra Modi government in their recent election rallies. The leaders of Samajwadi Party and Bahujan Samaj Party, who were arch rivals once upon a time, have shared the stage and openly challenged BJP. Both parties are also determined to ensure that their humiliating show in the 2014 edition of Lok Sabha election is not repeated.

The BJP, on the other hand, has termed the UP Mahagathbandhan as an unholy alliance of convenience which only seeks to fulfil political ambitions and personal egos rather than chart a course for the progress of people at large. With the half-way mark in the crucial elections already reached, political analysts are predicting that BJP could now put the focus on Ram Temple with voting in three phases still left.