The case has been filed by an advocate in the Ara Civil Court against both the leaders. 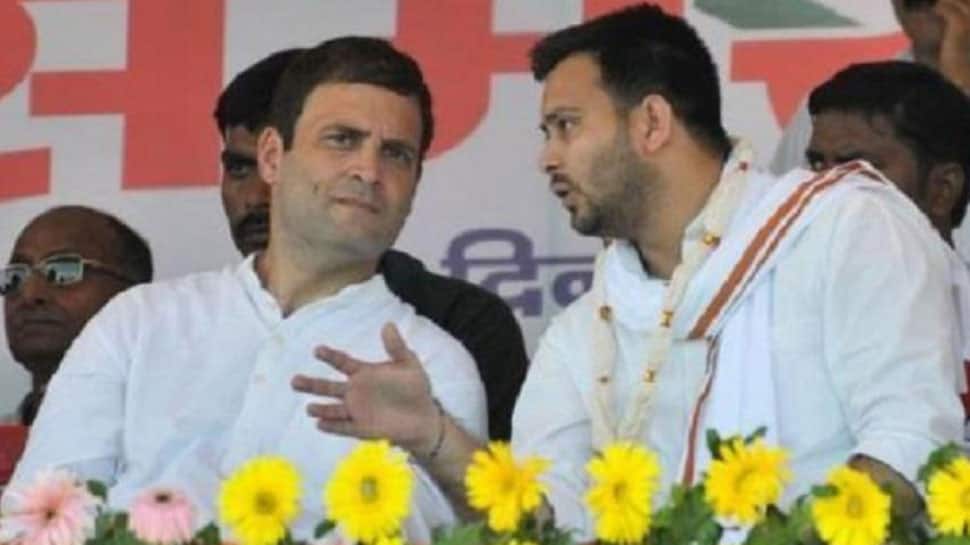 ARA: A complaint has been filed against Congress chief Rahul Gandhi and RJD leader Tejashwi Yadav in connection with a rally in Samastipur during which they had reportedly urged the crowd to chant 'chowkidar chor hai' slogan taunting the Prime Minister.

The case has been filed by an advocate in the Ara Civil Court against both the leaders.

Bihar: Case registered against Congress President Rahul Gandhi for repeatedly asking the crowd to chant 'chowkidar chor hai' in a rally in Samastipur where RJD leader Tejashwi Yadav was also present . Case registered in Ara Civil Court by an advocate against both the leaders.

According to reports, Rahul Gandhi was addressing a rally in Bihar's Samastipur on Friday during which he had asked the crowd to chant 'chowkidar chor hai' slogan. RJD leader Tejashwi Yadav, who was also present during the rally, too supported it.

In his complaint, the advocate alleged that the Congress president's slogan 'chowkidar chor hai' was tantamount to sedition.

Local advocate Satyavrat - the complainant in the case - also named RJD leader Tejashwi Yadav as a co-accused in his complaint.

He also named a couple of news channels which aired the visuals of the rally and the District Magistrate concerned as witnesses in his complaint, according to PTI.

Satyavrat urged the court to give its nod for registering a case under Sections 124(A) and 505(1) of IPC which pertain to sedition and causing fear and alarm among public whereby any person may be induced to commit an offence against the state.

The complaint, which was filed in the court of Chief Judicial Magistrate Shailendra Kumar Sharma,  will be taken up on April 29.

After filing the complaint, the advocate said that he was ''deeply hurt'' when he watched the Gandhi scion urging the crowd to chant the slogan.

It may be recalled that the Congress chief has been repeatedly using the slogan at public meetings for quite some time to allege that financial irregularities have taken place in the Rafale deal.

The word 'chowkidar' gained currency when Prime Minister Narendra Modi used it during the 2014 election campaign to convey that he saw himself as a watchman who guarded the country.

In response to the Congress president's jibe, the BJP has launched a 'Main Bhi Chowkidar' campaign as a part of which all senior leaders of the party and many supporters have prefixed 'chowkidar' to their names on social media platforms.